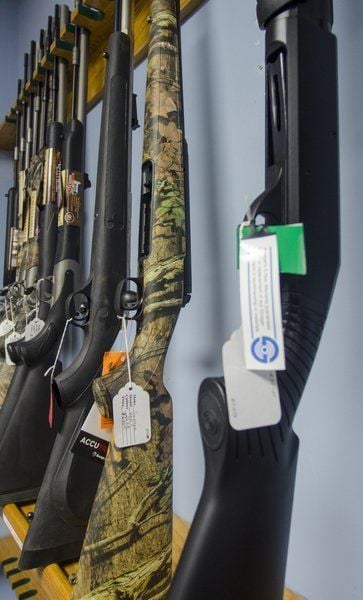 Tribune-Star/Austen Leake Guns for sale: Several of the many guns the Lost Creek Trading Post in Marshall, Illinois have for sale. 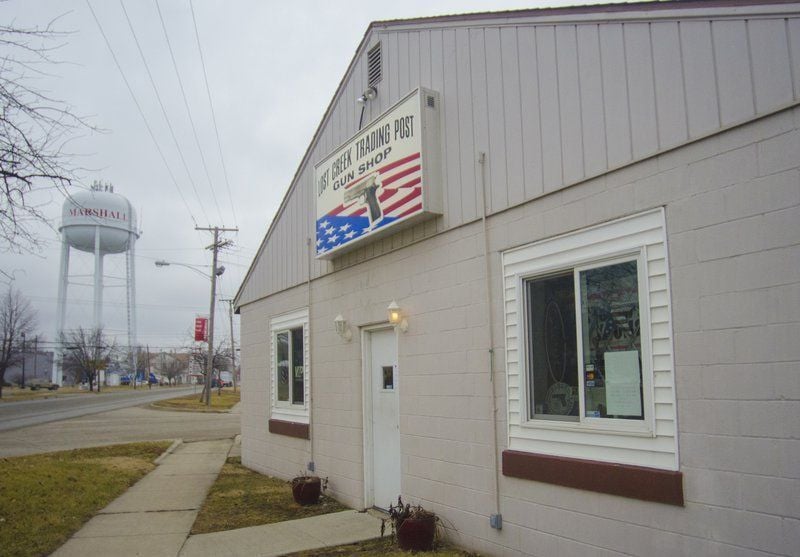 Tribune Star/Austen Leake Local gun shop: The Lost Creek Trading Post located at 303 S Michigan Ave in Marshall, Illinois has plenty of inventory and a staff that is very knowledgeable on the current concealed carry laws. 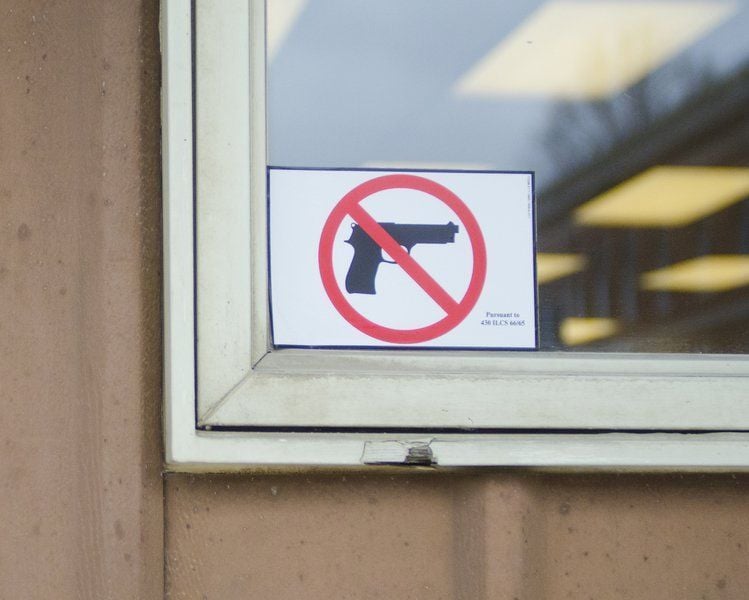 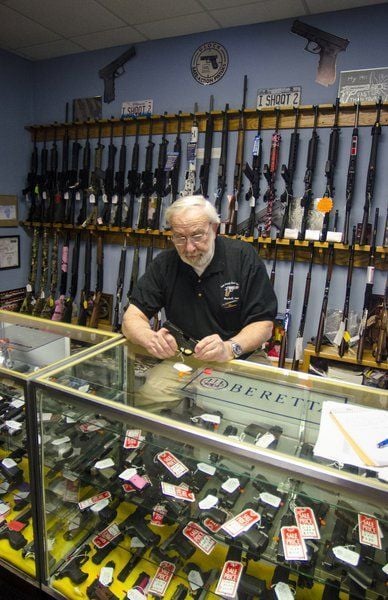 John Van Zandt puts a chamber flag back in a pistol in the Lost Creek Trading Post.

Tribune-Star/Austen Leake Guns for sale: Several of the many guns the Lost Creek Trading Post in Marshall, Illinois have for sale.

Tribune Star/Austen Leake Local gun shop: The Lost Creek Trading Post located at 303 S Michigan Ave in Marshall, Illinois has plenty of inventory and a staff that is very knowledgeable on the current concealed carry laws.

John Van Zandt puts a chamber flag back in a pistol in the Lost Creek Trading Post.

When Illinois in 2013 became the final state in the nation to allow its citizens to carry handguns in public, state officials predicted an onslaught of applications and put an online application process in place to go active in January 2014.

As many as 400,000 applications were anticipated by the Illinois State Police, based on the number of people who already possessed a Firearms Owner’s Identification card — commonly called a FOID card — which allows an Illinois resident to purchase a firearm or ammunition.

Indeed, in four months the Illinois State Police received more than half of the 91,600 concealed carry permit applications that were approved. More than 34,600 applications were received by ISP in January alone.

However, the number of applications has declined significantly, ranging about 4,000 to less than 5,000 applications per month by the end of the year.

One Illinois firearms instructor told the Tribune-Star that many gun shops in Illinois saw big interest in firearms, training and the application process at the start of 2014. But the rush has died down.

”Last winter we had full classes,” said John VanZandt of VanZandt Small Arms Academy in Marshall, Illinois. “But interest has died down, and no one wants to be out in the cold weather at the firing range. Our next class is in March, and we have had people signing up already.”

VanZandt is a state-certified pistol instructor, and he sells firearms at Lost Creek Trading Post in Marshall. He also teaches classes that meet the 16 hours of training required by the state before a permit is approved.

One woman took the class with her senior citizen mother, who had never touched a gun before. But by the end of the class, both women could take apart and clean a handgun, safely handle it, and pass the knowledge tests and firing range skills.

”When she got to the range,” VanZandt said of the older student, “she actually shot better than some of the veterans. She asked her daughter, ‘Why didn’t we do this before?’ “

It is an expensive endeavor to acquire a concealed carry permit in Illinois. For state residents, the application fee is $150. A firearm costs an average of $600 depending on the model. The owner must also purchase ammunition and a case. The cost to take VanZandt’s course is $125 per 8-hour session, and 16 hours is required by the state.

For applicants who submit digital fingerprints, it can cost about $50 to $60 from an Illinois-approved vendor. Submitting fingerprints can speed up the approval process to 90 days, as opposed to 120 for those who do not submit fingerprints.

In the past, Illinois allowed its residents to purchase firearms and ammunition if the person possessed a FOID card. For most firearms owners, that meant they could keep their firearms in their home to protect themselves and their property. However, the only time they could carry that firearm away from their property was if they were transporting it in a case to a firearms training facility.

VanZandt said he recommends that every adult in a household with a firearm apply for a FOID card, which costs $10. He explained that men commonly purchase or own the weapons in a household, but if a man happens to die, his wife is then the owner of the firearms. She cannot legally handle them without possessing a FOID card. He offered one example of a man who had been out hunting and left his shotgun in a case in his vehicle. When his wife drove that vehicle to the grocery store, she was in violation of state law for not having a FOID card. Both the gun and vehicle could be impounded by Illinois police if she encountered police.

Even customers who want to examine a gun at Lost Creek Trading Post must show their FOID card to the shop staff before being allowed to handle a firearm in the store, VanZandt said.

Sgt. Matt Boerwinkle of the Illinois State Police said that while other states, including Indiana, recognize the Illinois concealed carry permit, Illinois recognizes only four other states as having laws that are “substantially similar” to Illinois. That means that Hoosiers cannot apply for an Illinois permit.

Illinois requires a mental health background check as part of its application process. Other states do not have that requirement before issuing a permit to carry.

But interestingly, an Indiana resident who goes to an Illinois gun shop can purchase and receive that firearm on the same day. VanZandt said he is required to transport the gun to Indiana before handing it over to the Hoosier owner. However, an Illinois resident must wait three days after purchasing a firearm to take possession of the weapon.

The state denied more than 2,300 applications, and 175 permits were revoked after being granted, the report from ISP’s Firearms Services Bureau shows.

By the end of 2014, ISP had issued 91,651 concealed-carry permits to Illinois residents during the first year that the state began allowing guns to be carried in public. A total of 104,654 applications had been received, but some of those were still pending at the start of 2015. About 7,000 applications were received in late 2013 through a beta testing process for firearms instructors and others.

Not surprisingly, most of the 91,651 permits granted in 2014 — 23,921 — were for Cook County, which includes Chicago. Nearby counties of Will, DuPage and Lake counties in the Chicago area account for another 15,963 permits.

In the Wabash Valley, the three counties of Clark, Crawford and Edgar accounted for only 762 applications.