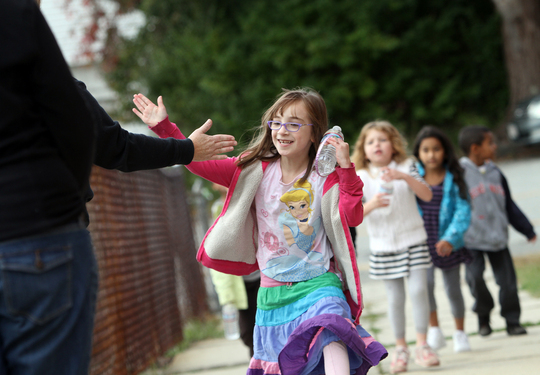 Tilton first-grader Madison Villers gets a high five from a teacher while taking part in the fundraiser. 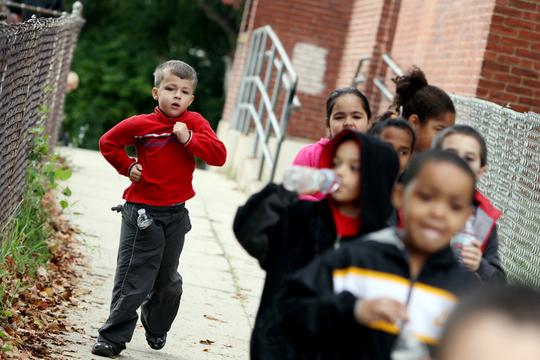 Tilton first-grader William Simmons catches up to his classmates while taking part in the school’s “Steps for Students” walkathon fundraiser.

Tilton first-grader Madison Villers gets a high five from a teacher while taking part in the fundraiser.

Tilton first-grader William Simmons catches up to his classmates while taking part in the school’s “Steps for Students” walkathon fundraiser.

More than 550 Tilton Tigers were on the prowl for a good cause.

Unlike traditional walkathons, "Steps for Students" had walkers collect their pledges after the event with a note stating how long and far they walked. Donors could either give by the lap or a flat amount. Students who raised more than $30 earned a T-shirt.

"We told the students sneakers and smiles were all they need to bring today," Melissa Bull, a library clerk at Tilton and one of the walkathons' organizers, said of how the school approached the event.

Money collected from the walkathon will go towards either improved technology for classrooms or other educational needs.

After filing out of their classrooms, students walked a loop around the sidewalks surrounding the school. Younger children walked for only a half-hour, while older students trotted for about 45 minutes.

Along the way, they were cheered on by teachers and their parents to keep marching onward.

"I was the cheerleader and the high-fiver," said Heather Ray, mother of kindergarten student Austin Ray.

Principal Mary Beth Maranto, wading through the throng of marchers, would occasionally lead them on in chants.

"We've never done anything like this," Maranto said. "There was a lot of friendship and camaraderie. I think it's nice for kids to be able to see they can do something so simple to make a difference."

Bull said she hoped the demonstration would encourage students' families to donate extra money after seeing how much time and energy the students put into the event. She also said the program was another way for students to have more physical activity during the school day.