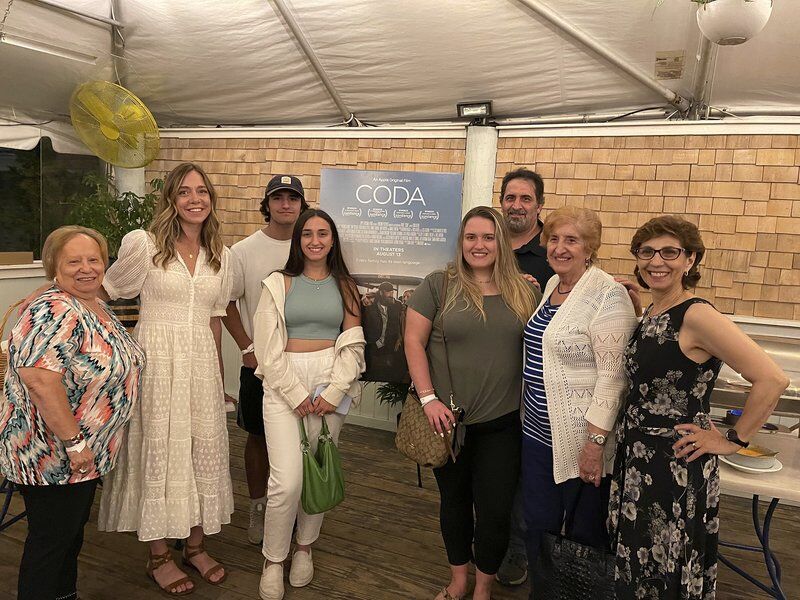 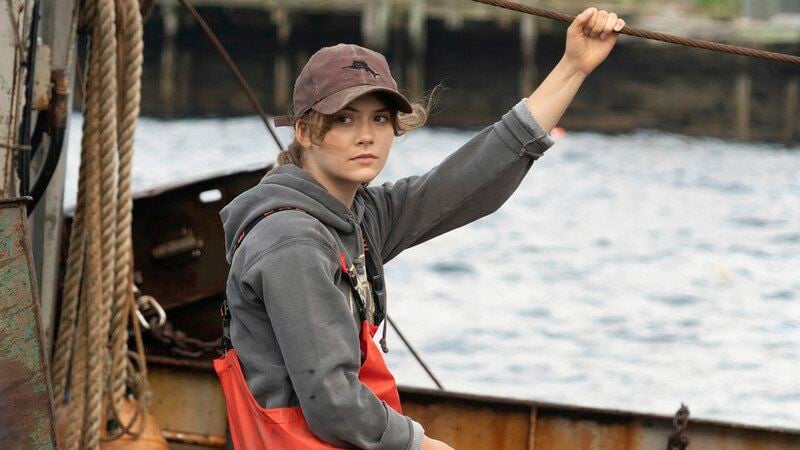 GLOUCESTER -- The charms of Gloucester exploded on the big screen at the local unveiling of the film "CODA," a four-time winner at this year's Sundance Film Festival.

The special event Thursday evening, intended for those who worked or assisted in some way with the film, turned out to be "the" premiere  after  director Sian Heder learned that the West Coast screening was canceled.

"Our premiere in L.A. isn't happening so you are at the premiere," she told the attendees at the Gloucester Cinema on Essex Avenue. "But I'm so excited to be here and share this with you. This is the first time I am seeing it with an audience. This film is a love letter to Gloucester."

"CODA" (Child of Deaf Adults) was an emotionally powerful film but one filled with many laugh-out loud moments and extraordinary music, starting with the opening song featuring a rendition of Etta James' "Something's Got a Hold on Me" that set the tone of a cinematic ride full of surprises. Other musical genres enrich the film, from the music of The Shaggs, to The Clash and the iconic work of Joni Mitchell.

The film illuminates the challenges of a hearing-impaired family as they navigate the hearing world through their only hearing child serving as their translator. The family are fishermen but the daughter, Ruby Rossi, has musical aspirations. Ruby is torn between following her dream of attending college to study music and the guilt of leaving her family with no one to translate with American Sign Language as they try to navigate a fishing industry reeling through government regulations.

In her opening remarks Thursday evening at the Gloucester Cinema screening, Heder, who also wrote the script, said the film's release on Aug. 13  will feature all open-captioning to share the movie with audiences as widely as possible.

Heder thanked everyone involved in the film and the support of her family.

"You don't make a movie alone, and this was not an easy film to make," she told the full house. "All this fishing stuff is such a crazy undertaking."

At the film's end, the packed house gave a standing ovation — and of course most everyone stayed to watch the credits.

Heder often had visited Gloucester, the nation's oldest seaport, having grown up in Cambridge, Massachusetts,

She reached out to the Gloucester Fishermen's Wives Association during her research and writing of the script. She made contact with Angela Sanfilippo, the president, and Nina Groppo, who introduced her to local fishermen.

"They were a huge help," said Heder.

That was how the director met Capt. Paul Vitale, owner of the fishing vessel Angela & Rose, which was used in the movie as the Rossi family fishing boat.

There was a festive atmosphere to celebrate the film at the post-screening reception at the Mile Marker One restaurant at the Cape Ann Marina Resort, down the street from the cinema.

When Vitale was recalling the events related to the filming with the director and Groppo, he grinned when he said he went from fishing alone to having 35 people on his boat.

"Tim is the reason you see all the beautiful locations in this film," she said.

"Let's all get back into movie theaters, so I'm counting on you to spread the world," said Heder. "And how great it is be in a movie theater again for this communal experience."

An Apple Original Films, "CODA" opens Aug. 13 on Apple TV and in theaters in all major cities, including Gloucester Cinema, where it showing through at least Aug. 19. Tickets at the local cinema are $9 for shows before 6 p.m., and $12, $10 for those younger than 12 and older than 60, for all other shows.