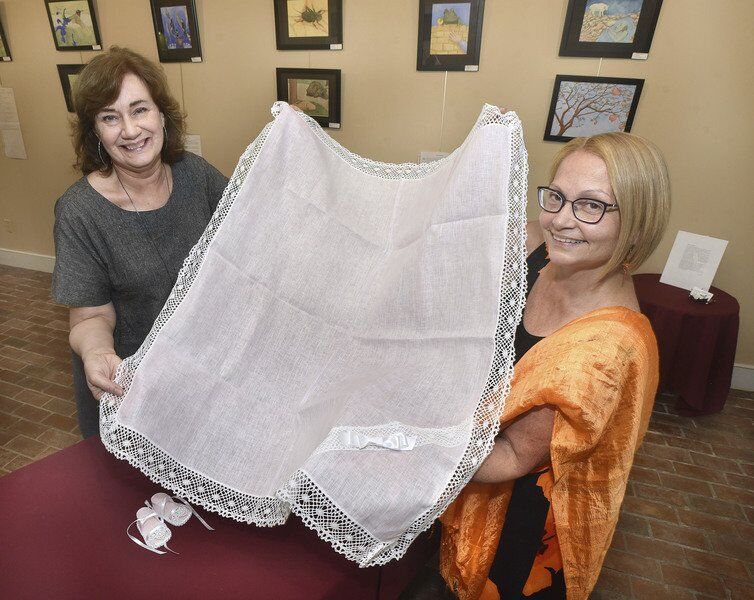 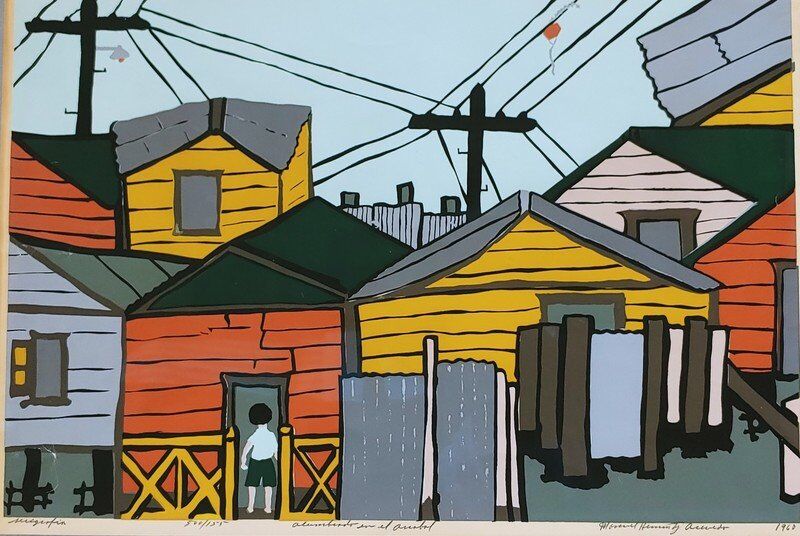 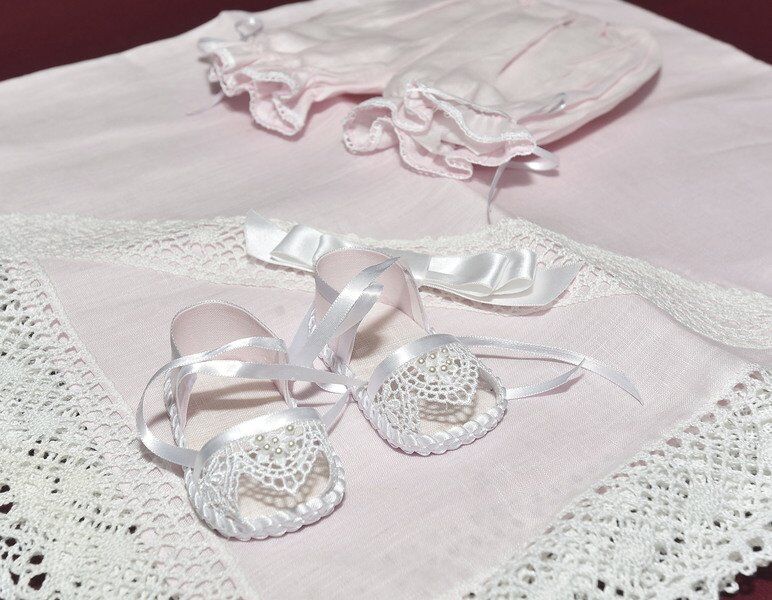 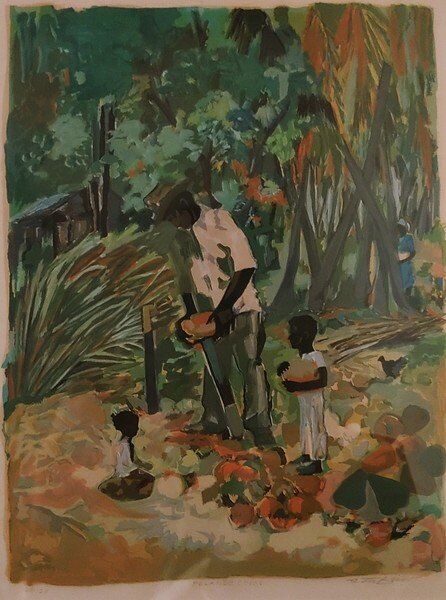 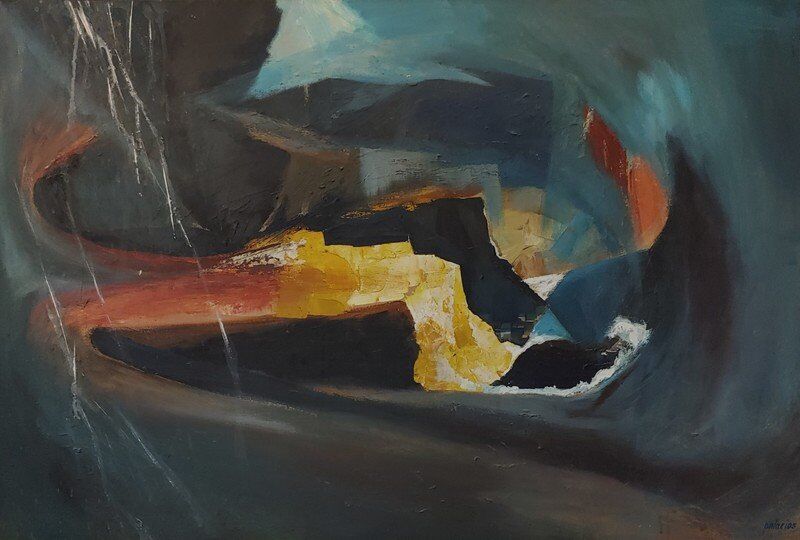 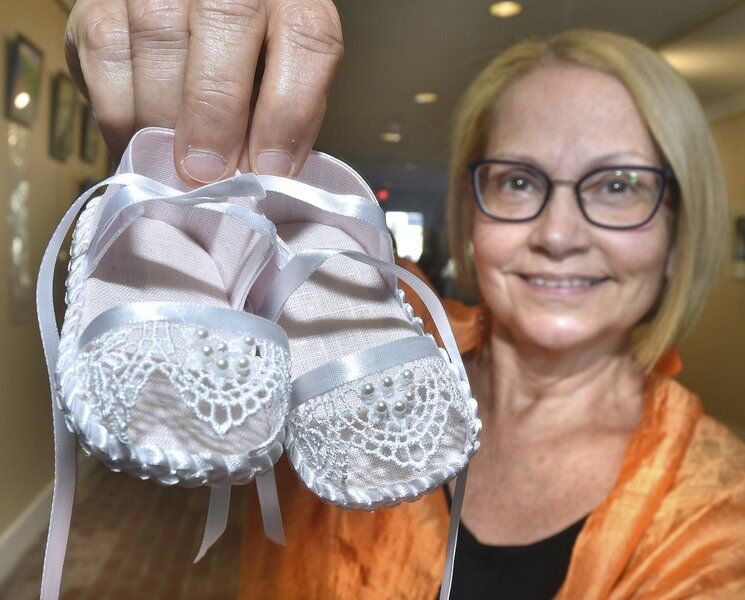 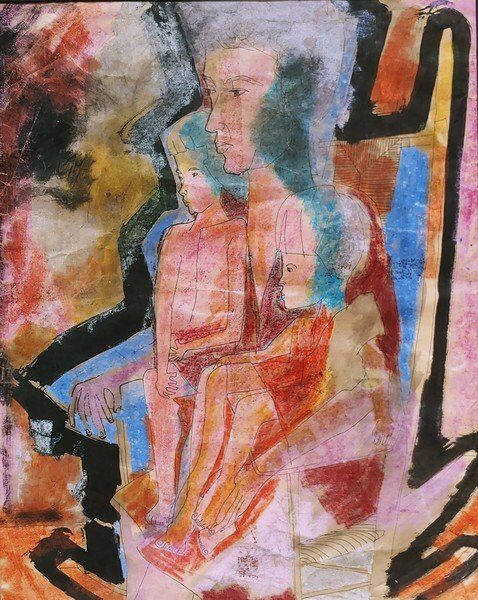 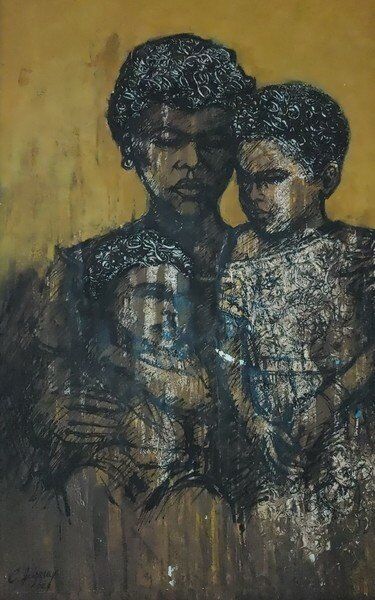 HAVERHILL -- A pair of handmade baby shoes trimmed in traditional Puerto Rican lace were among the first items Graciela Trilla brought to the Buttonwoods Museum.

Soon they will be joined by paintings and drawings, also from the Trilla Family Collection, works steeped in the beauty and dislocation of life in 1950s Puerto Rico.

The art will be displayed for two months beginning Sept. 8 at the Buttonwoods, up during National Hispanic Heritage Month, Sept. 15 to Oct. 15.

The show is a turning point for the Water Street museum, which first opened its doors in 1904.

No longer will Buttonwoods displays, exhibitions and programs be grounded in the history of people who lived at the Water Street property centuries ago.

Rather, presentations will connect with lives of the 64,000 people now living in Haverhill’s 36 square miles and tell stories of those who have been historically excluded, says museum director Jan Williams.

Among those with stories to be told are the city's Spanish or Latino population which, according to 2019 U.S. Census, stood at 23.2 percent.

Also, according to the Census numbers from two years ago, an estimated 10.2 percent of Haverhill's residents were foreign born and 21.9 percent of residents 5 or older spoke a language other than English at home.

Trilla is the show's guest curator.

She is the English Learner Education director at Hill View Montessori Charter Public School in Haverhill. Previously, she taught Spanish and ESL for 10 years at Haverhill High School, from 1990-99, and directed the Haverhill school district's English Learner program from 2006-16.

How the exhibit's pieces came to the Trilla family is rooted in the Puerto Rican/American experience. In the 1950s the Caribbean island underwent rapid industrialization and saw mass emigration to New York City.

Between 1950 and 1960 some 470,000 people (about 30 percent of the population) emigrated from the island to the U.S., about 85 percent of them to NYC, according Puerto Rican studies authors including Edna Acosta-Belen and Carlos E. Santiago.

Trilla, born in 1957, and her brother and sister grew up in New York City. Visitors to their home included artists whose works are in the exhibit and come from a generation of artists known as the “Generación de los Cincuenta" (Generation of the 50s).

They chronicled changes afoot in Puerto Rico -- an American territory -- and delved into themes related to colonization and slavery and dependence.

Many of the artists were trained in international art centers, including New York City, during Puerto Rico's Operation Bootstrap. The operation's economic projects were, in part, patterned after New Deal initiatives enacted in the United States under President Franklin Roosevelt during the Great Depression in the 1930s.

Starting in 1947, Puerto Rico shifted from an agricultural to an industrial economy when the island's political leaders eliminated corporate taxes and made land available to entice U.S. factories to locate in Puerto Rico, Trilla said.

Bootstrap also spurred emigration to the U.S. for the island's residents, American citizens, since the newly created industrial positions were not enough to accommodate thousands of displaced farm and plantation workers, Trilla said.

Trilla's father, Dr. Francisco Trilla, was a doctor in the U.S. Army during the Korean War. He later ran his practice in Brooklyn's Williamsburg section, delivering care to Puerto Ricans who lived there. They included artists with whom the doctor and his wife and family were friends.

Their works hung in her father's medical office and in the family's home.

"We had a small house in Queens," said Trilla. "The walls were always adorned with these bold, bright oils and also prints."

Some of the art was gifted to Dr. Trilla by impoverished artists in exchange for the medical treatment he gave them.

Their art depicts the lives of the island's population, comprised of three bloods, the Spanish who colonized the island, Native people and African people brought to the island as slaves.

Much of the art speaks to the struggles and pain faced by islanders as well as its natural beauty.

Homar, a painter and print maker, created a series of posters for the 1979 Pan American Games, hosted in San Juan Puerto Rico.

Graciela Trilla competed in the games as a gymnast representing Puerto Rico.

Also on display at the Buttonwoods will be an infant's dress, shoes and sheet, soft cotton with fine Mundillo lace. The textiles come from the hands of native artisans of which there are some 300, practicing a craft that first arrived on the island from Spain 500 years ago.

The 46 pieces in the Trilla Family Collection help chart the museum's new course.

"This is the first in-house exhibit that is bilingual, Spanish in English translation, " Williams said.

Looking ahead, a vehicle to launch the museum's stories will be the 117-mile Merrimack River, whose abiding presence has shaped the region’s economy and lifestyle, and continues to do so.

“I think we can find a lot of stories to be told around the river,” Williams says.

There are stories of the original inhabitants of this area, including members of the Pennacook nation, the Pentucket tribe, whose name is Algonquin for “land of the winding river.”

There are stories of the early settlers and their dependence on the river.

The stories of immigrants who worked in water-powered mills. Stories of women. Stories of people of color.

The stories will also talk about contemporary efforts to clean and conserve the river, and about the culture and businesses it support as well as the canoeing, kayaking, boating and fishing it provides.

The new approach will soon take shape, physically, with renovations to the Samuel White Duncan House, home to the museum and Haverhill Historical Society.

The work is expected to start this winter and will include changes to the museum's south end, resulting in views of the nearby Merrimack River.