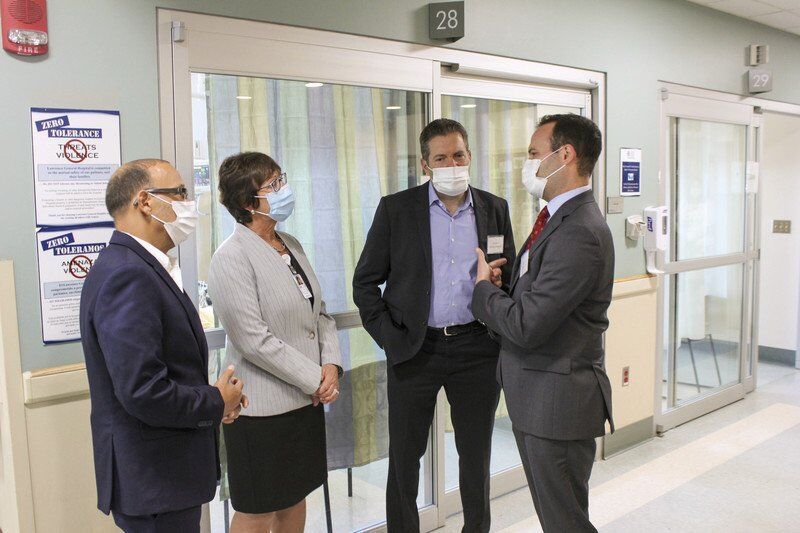 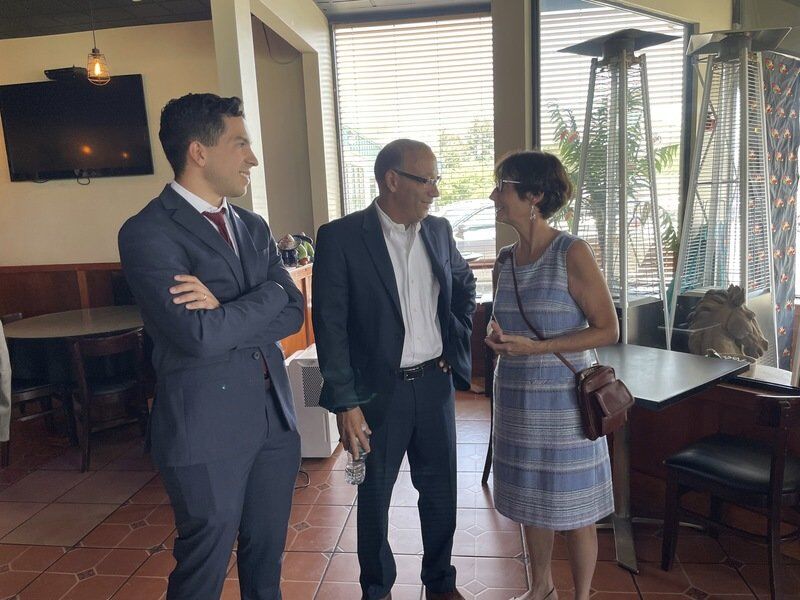 METHUEN — Nearly a dozen legislators came to the Merrimack Valley Friday with an eye on bolstering the social and emotional needs of students in Methuen and securing critically needed funding for Lawrence General Hospital during the second gateway cities caucus tour.

Kwong and others advocated strongly for a youth center in the city.

“Our kids just don’t have a safe place they can go to — that they want to go to — that has some sort of authority over them for grades, or calling their mom,” the superintendent said, praising a student-led advocacy group called MYVoice or Methuen Youth Voice, for their efforts with Sen. Diana DiZoglio and others to bring such a center to the former Pleasant Valley School on Pleasant Valley Street.

According to DiZoglio, city officials have pledged to work together to get matching funds for the $1 million in state bond money already earmarked for the youth and community center.

The Gateway Cities Caucus is made up of state representatives and senators from 26 cities and towns across the state, including, locally, Lawrence, Methuen and Haverhill. The caucus works to bring funding and resources to these communities, many of which have been left behind by the economic growth that has been focused around Boston.

Lesser, a Democrat from Longmeadow, and Cabral, a Democrat from New Bedford, started this year’s Gateway Cities Caucus tour in Malden, Revere and Chelsea before moving on Friday to Methuen, Lawrence and Lowell.

“To some of you, it can seem like we’re crying over spilled milk, but it’s important,” Perry said. “The city believed enough in the mental health issue that was exacerbated by the pandemic that in partnership with the City Council, we were able to give far more funding to the school system than we’ve done in the past. And that’s because of the mental health issue.”

According to Perry, athletics is not the only way to reach school-age children in what he called the “sports-crazy city of Methuen.”

“We’re not doing enough to mentor our young folks beyond athletic leagues. We need to provide them with other opportunities like arts and cultural programs. Whatever we do is during the school day. That’s not enough,” Perry said, adding that he looks forward to distributing American Rescue Plan money to youth-focused programming.

Funding was also the topic of discussion when the caucus made its way to Lawrence to meet with executives and staff at Lawrence General Hospital.

According to Lawrence General Hospital President and CEO Deb Wilson, more than $25 million is necessary by the end of September to prevent the hospital from defaulting on bond covenants.

“We are in crisis,” Wilson said, urging the Massachusetts lawmakers to help find a way to prevent critical services like the maternity and pediatric units from closing.

The disproportionate COVID incidence rate in Lawrence required the hospital to significantly increase expenses to meet the community’s need for inpatient hospital care, particularly intensive and critical care through the first and second surges.

At that time, Wilson was forced to make what she called the “difficult but necessary decision” to make approximately $6 million in staffing cuts to address an expected $20 million budget deficit.

In fiscal year 2020, the hospital was in the hole $13.1 million, despite CARES Act relief.

Couple that with a low MassHealth reimbursement rate, Wilson said, and it’s just too steep a mountain to climb.

According to Wilson, 30% of hospital patients use MassHealth, but the hospital is only reimbursed for 74% of those costs.

To put it simply, said Rep. Frank Moran, the hospital is “bleeding funding and we need to stop it.”

For many years, the City of Haverhill owned that facility and when the city sold the hospital in 2000, it was left with a staggering debt. While much of that liability has been paid, with considerable help from the state, it still costs the city $8 million to $10 million per year. The debt on the building will be paid off by 2023, according to Mayor James Fiorentini — but the city will still be saddled with pension and health care costs for retired hospital employees for many more years.

Sen. Barry Finegold has been a vocal supporter of added funding for Lawrence General and didn’t hold back with his out-of-town peers on Friday.

“This hospital is on the precipice of financial ruins,” he said. “I just want to tell someone who comes from New Bedford or Quincy, that this is our problem today, but it could be your problem tomorrow. At the end of the day, it’s our problem. We have to work together to make sure safety net hospitals that subsidize larger hospitals get the short-term money we need, but also ends systematic racism that discriminates against hospitals like Lawrence. We need to change how we fund healthcare in Massachusetts. We’ve changed this in education, we’ve changed this in housing and now we need to change it in healthcare.”

Indeed, partnership, collaboration and problem solving of regional issues remained a spirit of the afternoon.

“Our community partners through this pandemic really drove home that collaboration with them and funding for them is critical,” said Methuen Rep. Linda Dean Campbell said.

Agreed Lawrence Mayor Kendrys Vasquez: “We’re all in this together.”