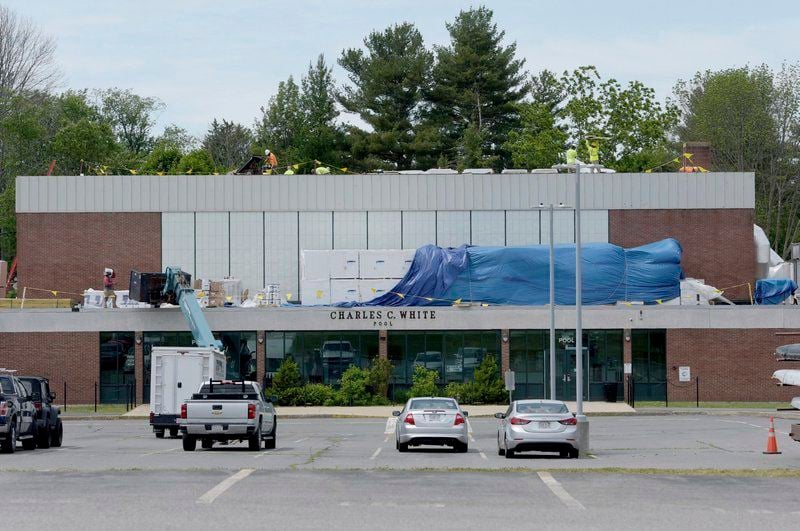 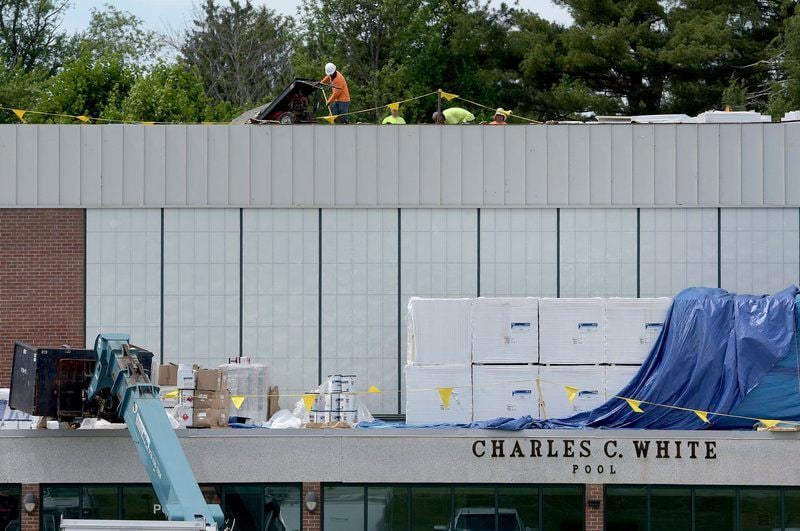 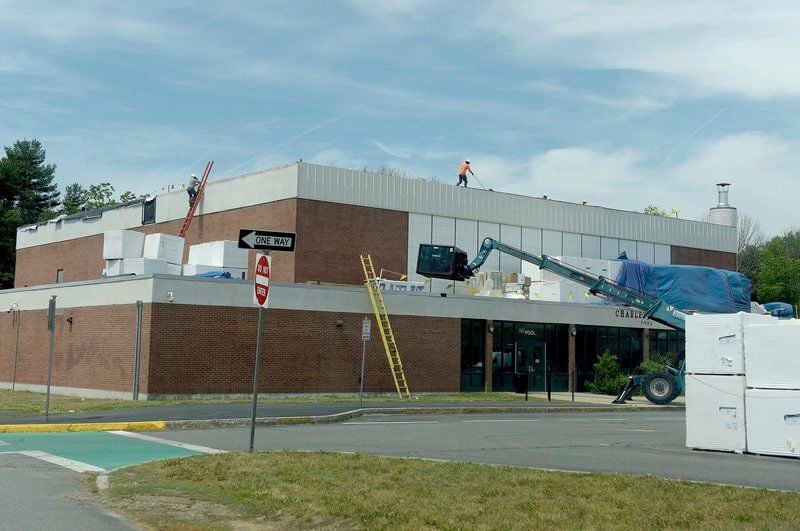 When Haverhill High student-athletes return to school in the fall, they'll find improved training facilities thanks to an investment of nearly $2 million by the city.

Construction of a new roof on the school's swimming pool building is almost done, while major improvements to the Sapienza Memorial Track and Field behind the school are also nearing completion.

The long-needed roof replacement was done by Stanley Roofing Company Inc. of Ipswich at a cost of $664,650.

"At times, there was the potential of the (roof) leaks causing dangerous, slipping situations, and the leaks caused water damage inside the locker room areas, including rust in shower areas and metal partitions and damage to the lobby area, including ceiling tiles, carpeting and walls," said Haverhill High Athletic Director Tom O'Brien.

"We can now make plans to update the locker rooms, which are very dated, and make some aesthetic improvements to the lobby area,'' he said. "Overall, it will make all of the users of the facility more comfortable and safe."

The track's state-of-the art running surface is being applied this week, and then it must cure for three to four weeks before being used, O'Brien said.

The cost to renovate the Sapienza Memorial Track and Field was about $1.2 million, school officials said.

The track is next to the high school's multipurpose turf sports field that was installed last year. It features a softball diamond and full-size fields for soccer, field hockey and lacrosse.

The track-and-field area is named in memory of the late Tony Sapienza, a long-time Haverhill High math teacher and cross country coach. He was a world class runner.

O'Brien said the track was in such poor condition that no track-and-field events had been held there since the spring of 2018.

"They have been looking for schools with eight-lane tracks, which are more desirable to host championship meets," McGuire said, adding that the high school has hosted a very successful invitational meet each spring (the Ottaviani Invitational), except for last year because the track was in poor condition. The next Ottaviani Invitational is expected to be held next year.

O'Brien said the new track-and-field facility extends well beyond just high school use and that the school district's extensive middle school track programs host large events there each year. Several outside groups use it for events, including the very popular Bob Laprel Road Race.

In addition to replacing the track, the long jump and triple jump runways, the pole vault area and shot-put and discus-throwing areas have all been relocated and are being resurfaced.

O'Brien said the track and field is a great source of pride for the community.

"We're very appreciative of the city making this happen," he said.