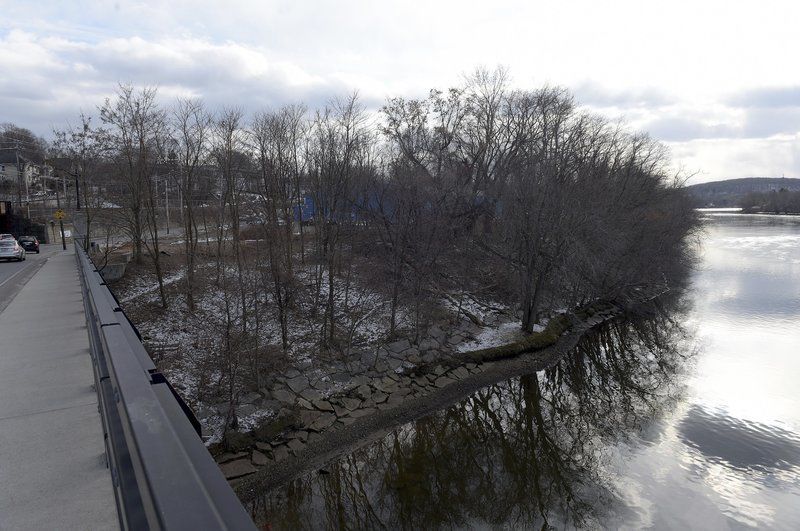 TIM JEAN/Staff photoThe former Ornsteen Heel property along the Merrimack River and near the Bradford train station is being eyed for a housing-retail-recreational development. 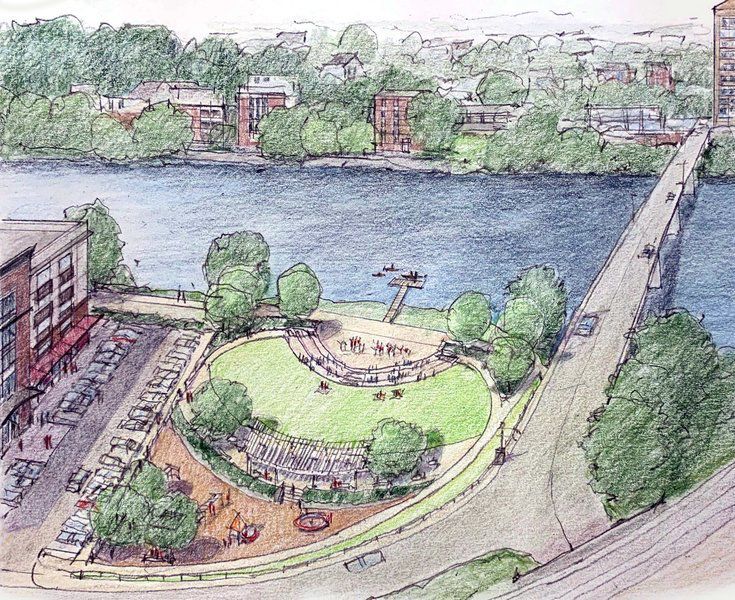 TIM JEAN/Staff photoThe former Ornsteen Heel property along the Merrimack River and near the Bradford train station is being eyed for a housing-retail-recreational development.

The fourth time was a charm for the 4.8 acres along the Merrimack River known as the Ornsteen Heel property.

City Council has approved selling the blighted parcel of city-owned land near the Comeau Bridge for $1 million to The Procopio Companies of Lynnfield. The firm plans to build a 290-unit apartment complex at the site along the Merrimack River near the Bradford train station.

Mayor James Fiorentini said city officials have issued four requests for proposals (RFPs) over 20 years for the land at 31-35 Railroad Ave. and have yet to see one that impressed them  — until now.

"Finally after 20 years, we have a response to the RFP that is outstanding and I think this is the one we've been waiting for," Fiorentini said at last week's council meeting.

The site is called the Ornsteen Heel property because decades ago it was the home of a company by the same name that was part of Haverhill's shoe manufacturing community.

The Procopio Companies bid on the project earlier this year, but the coronavirus pandemic stalled discussions about a sale until now, Fiorentini said. Last week's council decision is significant because the mayor could not negotiate a sale to the company until the council declared the property surplus and eligible to be sold.

Despite the delays caused by COVID-19, the developer's attorney, Michael Migliori of Haverhill, said the project has remained a priority and that developer Michael Procopio can't wait to get to started on the next step in the process.

"I was concerned when the pandemic hit that many construction projects would be delayed," Migliori said. "I spoke with Mike Procopio and asked what impact the pandemic would have on the Haverhill project. He said, 'It would have no impact. I love this project.'"

Finalizing the purchase-and-sale agreement with the city is just one of several steps The Procopio Companies must go through before starting construction on the complex that sits on the Bradford side of the Merrimack River. Next up is the permitting phase, during which the developer will be required to address concerns related to traffic flow near the Comeau Bridge.

When speaking to Migliori and Michael Procopio at last week's meeting, councilors said they — along with Bradford neighbors — will be watching how traffic is addressed during the special permit phase of the project. Neighbors are invited to speak for or against a project when the council hears a special permit request, as with the Ornsteen project.

"These neighbors are going to come out for the special permit (hearing). As Attorney Migliori knows, we listen to the neighbors. I wish there was more than one way out," Councilor Michael McGonagle said, referring to the fact that traffic can leave the site only through the intersection of Railroad Avenue and South Elm Street. "That will be the icing on the cake if you can figure it (an acceptable traffic pattern) out."

Traffic was such a concern for council President Melinda Barrett, who is a Bradford resident, that she voted against the project. All other councilors voted in favor, with the exception of Thomas Sullivan, who abstained due to a conflict of interest. Sullivan, who is a lawyer, said his law firm has a client related to the project, but that client is not The Procopio Companies.

Other councilors said they are concerned about traffic.

"I'm hoping for a real solution and not just a traffic count that says 'it's not a problem,' because that's what we usually get with those studies," Councilor John Michitson said, referencing the traffic studies that often accompany special permit applications.

There would be onsite parking for residents and the public, according to the proposal. The site is across from the Bradford train station and a short distance from the downtown Haverhill train station, just over the Comeau Bridge.

The complex is projected to generate just over $19.2 million for the city over 20 years, including the purchase price ($1 million), permit fees ($900,000) and tax revenue ($17.3 million), Fiorentini said. According to the developers, the project will provide 280 temporary construction jobs and 20 to 30 permanent retail and restaurant jobs once the complex opens. Haverhill residents will be given priority, they said.

Procopio Companies was one of three developers that submitted a proposal to the city to develop the land at 31-35 Railroad Ave. Bids for the site not accepted were submitted by NOAH, which proposed building 110 to 130 market rate and workforce apartments; and Princeton Properties, which proposed 144 market-rate apartments.