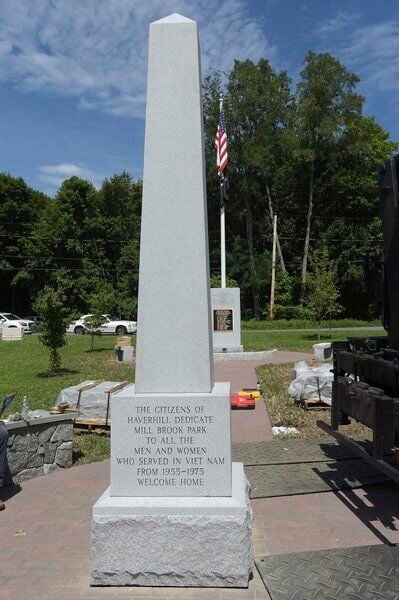 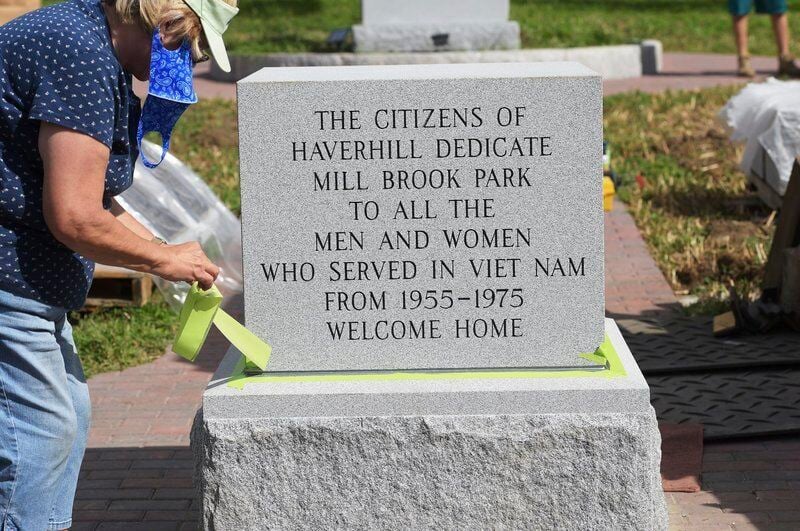 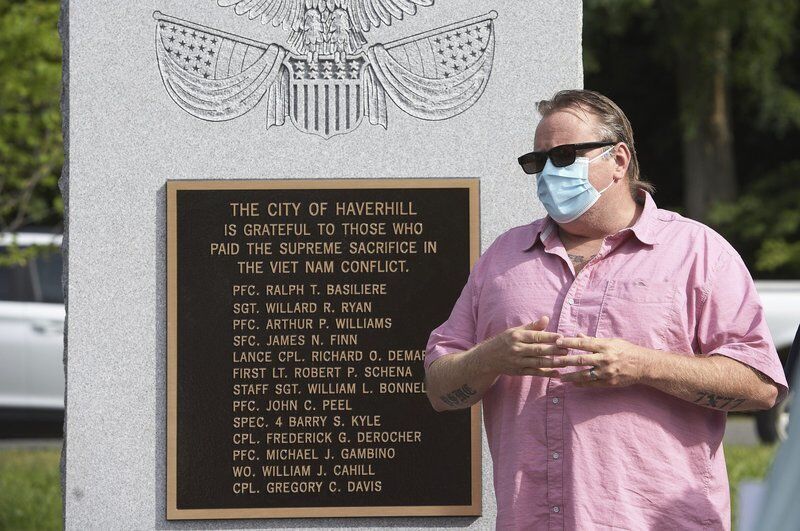 Haverhill's veterans almost have a place to call home.

Two years after Mayor James Fiorentini appointed a commission to oversee the redesign and relocation of the city's existing Vietnam Memorial, the new tribute — part of an expanded park in memory of Haverhill's men and women who served — is near completion.

A seven-ton, 13-foot-tall obelisk honoring all men and women who served in Vietnam, along with a "13 memorial" honoring the 13 Haverhill men who died in the war, and four educational stations were installed last week with assistance from Rick Atwood of Atwood Memorial Company.

"Welcome home," a dedication etched in granite below the obelisk reads.

The obelisk is the focal point of the memorial that also includes educational stations that will display information about Agent Orange, the draft, the demilitarized zone and a brief history of the United States' involvement in the war.

The stations were designed to educate people about the war, which resulted in the deaths of more than 58,000 Americans and injuries to thousands more.

Fiorentini received a tour of the site last Tuesday from members of the city's Vietnam Veterans Memorial Commission, including Chairman Ralph Basiliere, the nephew of Haverhill's first Vietnam War casualty.

"This is one of the nicest looking memorials in the city," Fiorentini said.

The mayor remembered back to the original dedication of the city's first Vietnam monument next to the Basiliere Bridge.

“I remember what Father Serino said (at the time), ‘Let there never be another Vietnam. Let’s dedicate this so there will never be another war.’ And, we failed,'' Fiorentini said. "There have been several other wars like this. ... Let’s redouble our efforts so that we never have to build another one of these.”

Basiliere said Fiorentini was instrumental in making the memorial a reality.

The $175,000 project to create the memorial is being paid for through a mix of state grants, private donations, and in-kind donations and services, including from the city's Public Works Department, which provided trees and granite curbing.

Mill Brook Park is on Mill Street and next to the entrance to the Plug Pond Recreational Area.

A formal dedication ceremony is planned for Sept. 11, Basiliere said. More details are expected in coming weeks, but all guests will be required to wear masks and adhere to COVID-19 social-distancing protocols. City Councilor Thomas Sullivan will serve as emcee, while Haverhill singer Neal Ferreira will perform several songs. The Rev. Kenneth Young of Calvary Baptist Church is scheduled to deliver the invocation, Basiliere said.