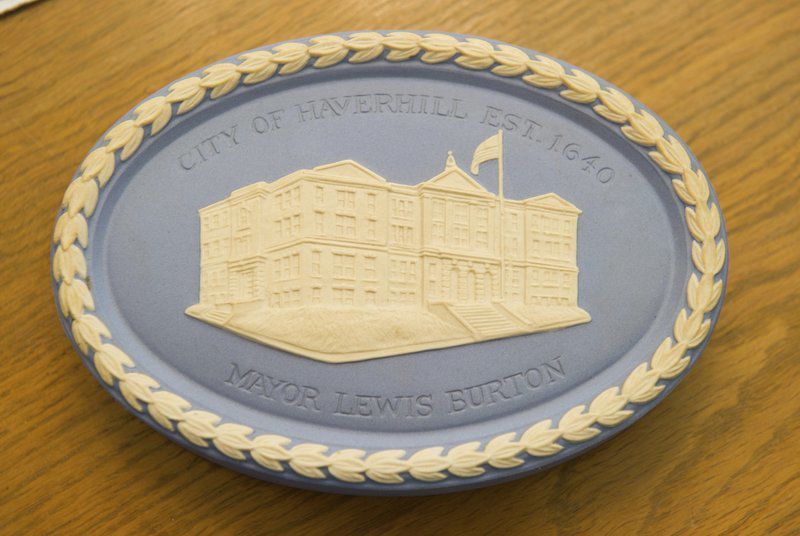 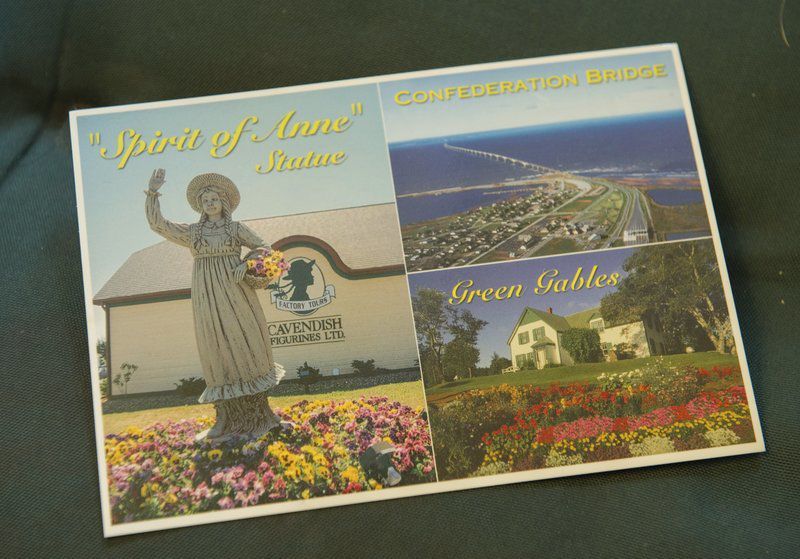 AMANDA SABGA/Staff photoGarry Sharpe sculpted the Anne of Green Gables statue that is now on display on Prince Edward Island. 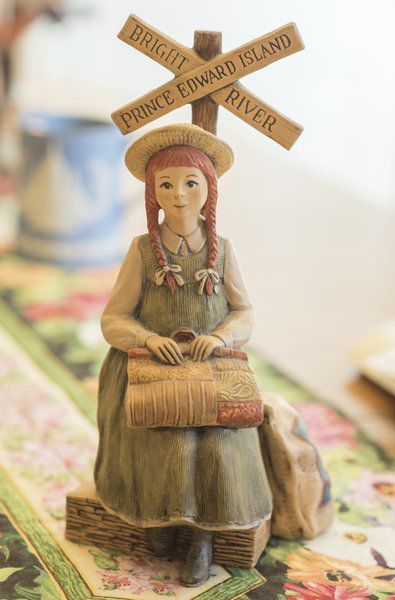 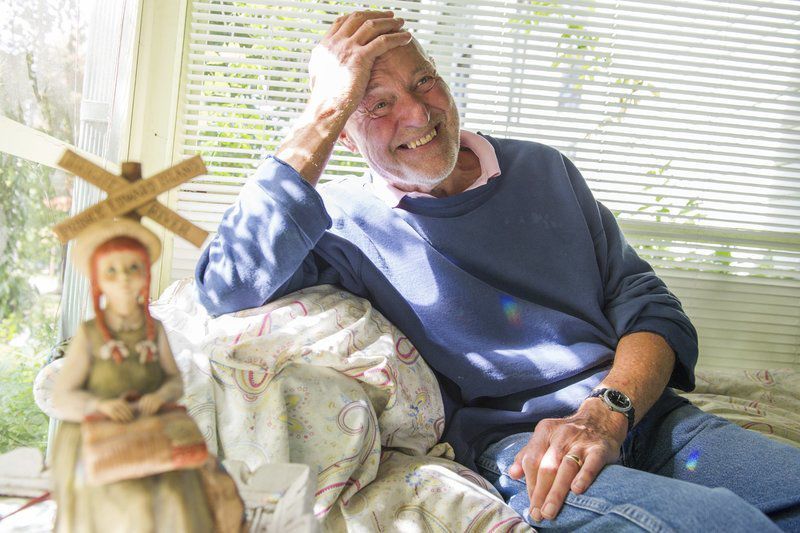 AMANDA SABGA/Staff photoGarry Sharpe sculpted the Anne of Green Gables statue that is now on display on Prince Edward Island.

He’s sculpted pieces for some of the top European porcelain companies, made gifts for dignitaries and heads of state and crafted forms for more angel, Santa and animal figurines than anyone could imagine.

But it’s a young girl, who’s been waving to hundreds of thousands of visitors up in Prince Edward Island for the past 20 years, that has garnered him the most attention.

Indeed, it’s tough to compete with the allure of the freckle-faced, red-headed orphan known as Anne of Green Gables.

Anne may have been fictional, but the story of how a Haverhill man came to create the only life-sized statue of her to display on the land where the classic Canadian tale takes place is very much real.

And it came about almost by happenstance.

Jeannette Arsenault and Don Maxfield recognized the attraction that Anne of Green Gables — the fictional star of Canadian author Lucy Maud Montgomery’s novel — held as an icon for not only Prince Edward Island, but their nation when they opened their gift and souvenir shop in 1989.

While there were plenty of plastic keepsakes of Anne to be found at the time, no one was making quality, heirloom figurines, Arsenault said. So the owners of Cavendish Figurines/Shop & Play — located in Prince County in the western part of the island — started looking for a master sculptor up to the task.

Finding no such artisan in their region, they expanded their search on the Internet and landed on two names — one in Massachusetts, the other in California.

They opted for the closest, and rang the sculptor who lived in Haverhill — an Englishman by the name of Garry Sharpe.

Sharpe had been plying his craft since he was a teenager, first in his homeland as an apprentice, then in Ireland and Jamaica, which had a rich history in ceramics.

The master sculptor had come to Haverhill somewhat by happenstance, too. A lover of travel and adventure, Sharpe was back home when he found himself looking for a new job in 1972. An ad in the paper for “sculptor wanted” — placed by Gare Ceramics on Rosemont Street in Haverhill — caught his eye.

He applied for the job, completed an initial trial assignment at the plant, and then moved his wife and growing family to Haverhill when he was offered the position full-time.

Sharpe was working at Gare in 1989 when the store owners from Prince Edward Island reached out to discuss their side job. They wanted Sharpe to create molds of Anne of Green Gables in various poses that would tell the beloved story. Sharpe’s master molds would then be used back at their shop to make the handcrafted ceramic figurines.

Arsenault and Maxfield said they knew they found the right man for the job after their first visit to Haverhill.

“We struck gold,” Maxfield said. “The stuff he did for his company, the sculptures he did, we were just blown away by his hands.”

Arsenault recalls Sharpe not being too familiar with Montgomery’s coming-of-age novel, which is set in the fictional town of Avonlea on Prince Edward Island in the late 19th century. The story follows the adventures of an 11-year-old orphan girl mistakenly sent to two older siblings who were looking instead to adopt a boy to help them on their farm. Anne goes on to win the hearts of Avonlea with her fantastical stories and lovable nature.

Sharpe’s wife, Susan, however, was very much a fan of “Anne of Green Gables,” and she convinced her husband to take on the job.

“It was a bit like moonlighting,” recalled Sharpe, who is now 82 years old.

Sharpe’s first figurine in the collection depicts a young Anne Shirley waiting to be picked up at the train station as she arrived on the island from Nova Scotia. Called “Excess Baggage,” it illustrates how Anne was first treated in her new land.

He would go on to sculpt one new figurine a year for the next eight years — each one advancing the story. Anne is seen riding the horse and carriage up to the farmhouse in the second figurine, which is set against the opening title page. Another shows Anne apologizing to Rachel Lynde, the town busybody.

Each year’s design would be decided during annual get-togethers in Haverhill, where Susan Sharpe would cook dinner and they would discuss the miniature Annes.

Measuring about 10 to 12 inches high, the figurines became collector’s items, selling for $200 to $300 each. They were purchased by tourists as souvenirs and by Anne fans who coveted the full set, and they were gifted by local officials to visiting governor generals, prime ministers and even royalty, including Prince Edward and Queen Elizabeth II, who reportedly enjoyed the Anne books.

In 1998, as interest in “Anne of Green Gables” continued to grow in Prince Edward Island, Cavendish Figurines moved forward with expansion plans. The owners secured a location at the foot of the newly constructed Confederation Bridge in Borden-Carleton, where the shop would become the first site seen by travelers from the mainland.

Arsenault and Maxfield knew what they wanted waiting there to greet visitors — a statue of Anne holding a basket of flowers and waving hello.

They reached out to Sharpe, who at the time was getting close to retirement as Gare’s lead designer, and made him a proposition.

“He said he always wanted to do a statue, but no one had ever asked him,” Arsenault recalled.

The shop owners confessed they had limited means to pay for the commission. But Sharpe wasn’t deterred.

“He told us he would do it and we could pay him later,” Maxfield said.

A labor of love

Standing in the dining room of his house on Winona Avenue, one gets the sense that little has changed in the 20 years since Sharpe cleared out the wallpapered space and turned it into his workshop for the creation of “Spirit of Anne.”

As his two pugs ambled about, the soft-spoken Sharpe explained with a modest, almost matter-of-fact tone how his wife was on holiday in Australia for the weeks he devoted to the creation of the nearly 7-foot-tall sculpture of Anne.

Aided by a small team of helpers, Sharpe, who had studied statuary over the years, said it was a bit of uncharted territory as he worked in clay supported by a metal frame to design the form that would serve as the statue’s mold.

“It was really quite trial and error,” he says.

But Dan Nadeau, who helped Sharpe with some of the construction, said there was never any guesswork when it came to the master sculptor. Nadeau said Sharpe’s talents would regularly leave coworkers at Gare, including himself, in awe.

“He can do anything,” Nadeau said of the elder craftsman.

Arsenault and Maxfield provided a rough design for “Spirit of Anne.” But they said Sharpe brought her to life.

Sharpe said he referred to ads and promotional materials from a 1985 “Anne of Green Gables” movie as well as other depictions for guidance as he crafted the statue in three parts.

“It was so heavy, I thought it would break through to the basement,” he said.

When “Spirit of Anne” was ready, the shop owners came to Haverhill to drive the figure north in Maxfield’s Chrysler van, with Sharpe following behind. They were speechless by what they saw.

“He captured every detail of her hair, dress and face,” Maxfield said. “It was so elegant and it looked so natural, with her skirt flowing, like it’s in motion.”

On Prince Edward Island, Sharpe seamlessly assembled the statue, after which it was sprayed with a latex rubber coating for the next 22 days to create the actual 1-inch-thick mold. A fiberglass case was engineered around the mold. Then, the statue was cast in fine-quality Portland cement — the same material used to make the bridge from the mainland — to ensure the figure would weather the elements.

The statue was painted black with a mint green over it to give the appearance of oxidized copper. As a final touch, Anne’s basket was filled with artificial yellow marigolds mirroring the 20 dozen that grow at her base, almost as if the girl has plucked them right from the earth.

She was placed on a concrete base outside the front of the shop in time for the grand dedication, with Sharpe in attendance.

In her two decades waving to visitors, “Spirit of Anne” has become a bona-fide attraction, greeting the 800-plus tour buses and more than 100,000 guests who come to pay her a visit every year. She will remain in place at the shop even after Arsenault and Maxfield transition the business over to its new owner in the coming months.

Sharpe went on to earn another statue commission closer to home, teaming with Nadeau to create the Korean War Veterans Memorial in Haverhill’s GAR Park in 2002.

He continued designing Anne figurines for Cavendish up until about five years ago, when the market for the collectibles began to drop off.

But Arsenault and Maxfield have continued their annual visits to Haverhill, to visit Sharpe and deliver two boxes of Quality Street Chocolates, Susan Sharpe’s favorite candies — one for her and the other for her to share. Their relationship has gone beyond business to one of deep friendship.

The shop owners still speak with a sense of amazement that a man of Sharpe’s talents agreed to work with them, and even more so that he agreed to be paid for his services annually over five years.

They’re grateful to Sharpe for allowing them to leave a nice legacy to Prince Edward Island for everyone to enjoy.

“They invested everything in this dream they had,” Sharpe said in response to the pair’s admiration.

But in the quiet that follows, there’s a sense that it remains a dream fulfilled for him, too

Missed by Many Heartfelt Memor...

Missed by Many Heartfelt Memories Thomas Francis Ramos 2008 His friendly smile and kindness was felt by many,

At Peace We Miss You Angela Ca...

At Peace We Miss You Angela Caroline Ramos Dad and Richard