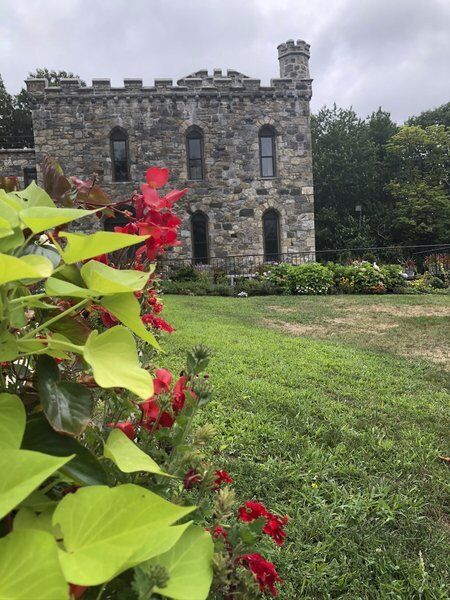 Courtesy photoHistoric Winnekenni Castle is a destination for many people who visit Winnekenni Park. 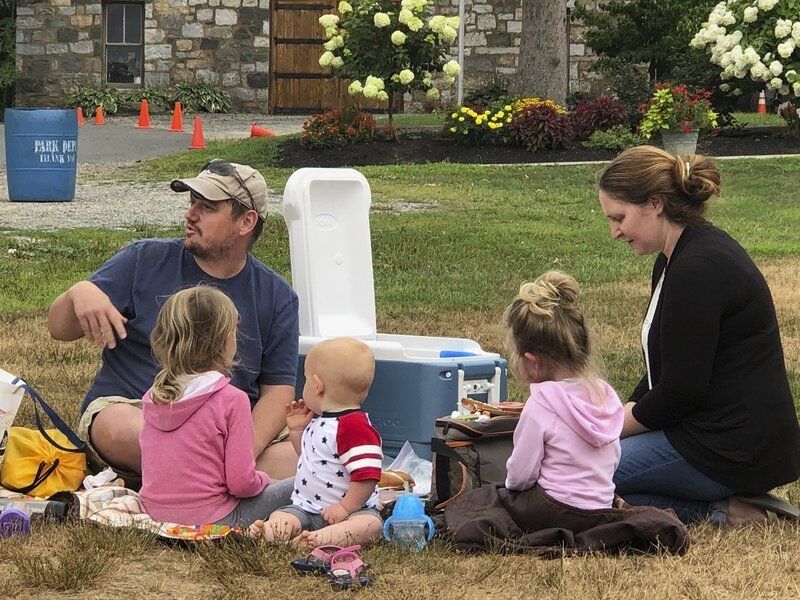 Courtesy photoJeremiah O'Neil and his family enjoy a picnic near the castle at Winnekenni Park.

Courtesy photoHistoric Winnekenni Castle is a destination for many people who visit Winnekenni Park.

Courtesy photoJeremiah O'Neil and his family enjoy a picnic near the castle at Winnekenni Park.

For generations, residents of Haverhill and neighboring communities have enjoyed the 700 acres of woodlands and trails at Winnekenni Park — but for some people the park has become more than a casual getaway this year.

With the COVID-19 crisis limiting activities for people, especially early in the pandemic, Winnekenni has turned into a vital destination for residents and visitors to Haverhill.

Early in the health crisis, the park gave people a safe place to go when their choices were often limited to their homes or supermarkets. The park is an outdoor venue so big that visitors can easily socially distance while going for a jog or a leisurely walk, or enjoying a picnic.

Now that the community's COVID-19 rules have loosened up, allowing residents more places to go, Winnekenni is still popular with people who were attracted to it early in the pandemic, as well as folks who for years have been visiting the park overlooking scenic Kenoza Lake.

Families with young kids said they were going stir crazy and became eager to get out of their homes during the pandemic. Winnekenni offered them an escape.

For most of his youth, Jeremiah O’Neil was a regular visitor to Winnekenni Park.

O'Neil, his wife and their young children enjoy the many attractions the park has to offer, such as a playground for the kids and wide open spaces for family picnics with a view of the whimsical Winnekenni Castle. The castle provides a unique and interesting back story to the park, having been built in the mid-1800s as a summer home for local chemist Dr. James Nichols. The castle was eventually sold to the city, and is a popular landmark in the park.

Natalie Guyot and her two young children visit the playground at Winnekenni often to get out of the house, where they have been feeling trapped by the pandemic. Aside from enjoying the playground, she and her kids like taking walks along the waterfront and through the trails.

Her kids get tired quickly, so a short walk is perfect for them, she said.

Originally from Bradford, Guyot said she rarely visited the park as a child.

As the coronavirus crisis continues, both O'Neil and Guyot said they are comfortable bringing their children to the park — with an occasional exception. Guyot said she worries about her kids being on the playground equipment when many other children are also there.

“You can go on it,'' she said, "just not when there are many kids around.”

O'Neil said he rarely sees even the smallest piece of litter in the park.

"It’s a nice place, clean,” he said, describing a major reason why Winnekenni is attractive to families.

Thomas Sullivan, a member of the park's board of directors, has observed Winnekenni visitors being cautious and responsible, treating the park with respect.

Sullivan said he has seen evidence that visitors are aware of the importance of the park, especially during the pandemic. He said visitors also recognize the need to keep the park clean.

“People are wearing masks, and not only that, but also picking up after themselves,” he said.

Sullivan also emphasized that starting with the onset of the pandemic, there has been a large increase in the number of visitors to the park.

“I saw it in April, a huge increase in families,” he said.

Over centuries and many many decades, Winnekenni Park has improved and changed in a variety of ways. New and recurring attractions have become popular forms of entertainment there for Haverhill people and visitors from other communities. Examples of this, Sullivan said, include the castle reopening for events after being closed for months during the pandemic, and a recent outdoor theatrical production of "The Addams Family'' — based on the popular TV show from the 1960s.

The park has brought in new crowds as well. The attractions include the recent addition of “instructed yoga on the lawn next to the castle, with a limit of 10 people,'' Sullivan said.

"It is going very well,” he said of the yoga class.

The COVID-19 crisis has managed to put much of people’s regular lives on pause, but outdoor recreational spaces like Winnekenni have been essential to helping them avoid being cooped up inside their homes.

Young families who frequent the park today are likely to eventually find that Winnekenni can create memories of happy, sun-splashed days strolling on trails and enjoying picnics.

While visiting the park on a recent sunny afternoon, Bucuzzo, a 93-year-old lifelong Haverhill resident, recounted fond memories from her childhood.

“Me and my sister visited this park back in the '40s during World War II,'' she said, "and I still enjoy coming here from time to time.”

700 acres, much of which is woodlands with trails.

Winnekenni Castle dates back to the mid-1800s.

Fishing and ice skating allowed at basin, but not at lake.