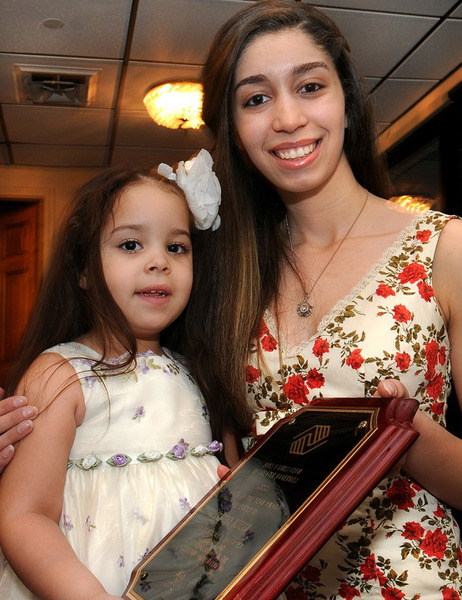 The Boys & Girls Club of Greater Haverhill has named Destiny Alicea as its Youth of the Year for the second consecutive year. Here, she poses with her sister Sophia Caceda, 3, at the club's awards banquet. 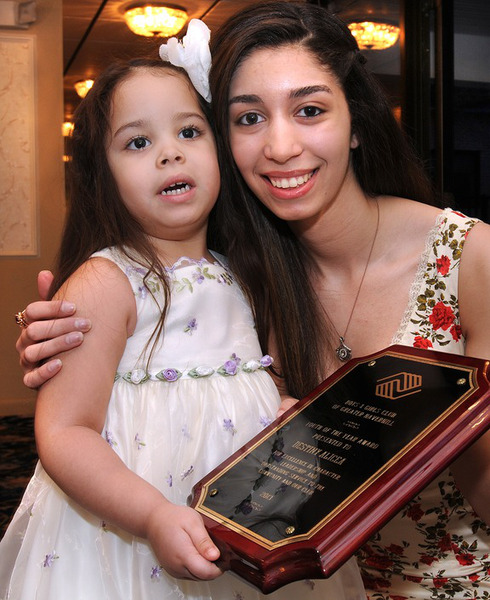 The Boys & Girls Club of Greater Haverhill has named Destiny Alicea as its Youth of the Year for the second consecutive year. Here, she poses with her sister, Sophia Caceda, 3, at the club's awards banquet.

The Boys & Girls Club of Greater Haverhill has named Destiny Alicea as its Youth of the Year for the second consecutive year. Here, she poses with her sister Sophia Caceda, 3, at the club's awards banquet.

The Boys & Girls Club of Greater Haverhill has named Destiny Alicea as its Youth of the Year for the second consecutive year. Here, she poses with her sister, Sophia Caceda, 3, at the club's awards banquet.

The Haverhill Boys & Girls Club was among the last such clubs in the nation to admit girls.

One of them is marking an enduring mark on the club, which was about a century old before it accepted female members.

In 2012, Destiny, then 16, took the award for her initiative, as she created a full-functioning bakery at the club. She took the award again this year for helping create a fashion show for the Keystone Club at the Girls & Boys Club.

“She’s a great influence on a lot of people, here,’’ said Taliah Jackson, a Whittier Regional High sophomore and member of the club. “She’s a good member with great leadership qualities. Destiny motivates people and brings people up. She sees the best in everything.’’

The awards goes to the club member who shows outstanding enthusiasm and effort with the organization.

“She won again this year for her outstanding commitment and unselfish enthusiam for the goals and initiatives of the club,” said club director Brian Theirrien.

“We liked her because she had enthusiasm and what we look for in a candidate — commitment to the club and community, someone who shows strong leadership skills and lives a life that makes them a good role model,” said Dan Cahill, director of team programming at the club.

Driven as she is, Destiny took her time joining the Boys & Girls Club. She watched as other young girls joined when the club began accepting females almost five years ago — but she wanted to learn more before she made her decision.

“I met with Dan (Collins) and asked some questions and he explained the club to me,’’ Destiny said. “I was interested in helping people, and that’s what made me join.’’

That was three years ago.

“I enjoy helping other people and working as part of the community, being part of big events,” Destiny said.

Her first Youth of the Year Award developed from the efforts and enthusiasm she showed as she put together the club bakery. Her enthusiasm for baking has led to a scholarship at Johnson and Wales University in Providence, where she will begin her freshman year in September.

In 2012, she created a business plan to start and operate a successful bakery business from the kitchen of the Boys & Girls Club. Her commitment, drive, focus and 15-page business plan impressed the club’s leaders so much that they gave her $750 to start the project.

This year’s repeat award again addressed her overall commitment to the club’s goals and success.

When she’s not baking or organizing and participating in a community event, she brings her energy to school sports. She is the captain of the varsity volleyball team, has played on the junior varsity basketball team and runs track.

“As president of Keystone, Destiny has pushed through many issues which plagued the Keystone Club,’’ Cahill said. “Destiny’s leadership has managed to turn the Keystone Club around. This is surely where her determination lies. Destiny rallies spirit by allowing each member of Keystone to feel as though they are that integral piece to the never-ending puzzle.”

Reynolds - On Tuesday, September 7, 2021, Lorraine Law, loving mother of two, passed away at the age of 93. Lorraine was born on June 13, 1928 in Salem, NH to John and Gertrude Smith. On October 8, 1949 she married Raymond Law, and they raised two children together, Michael and Nancy. Lorrai…