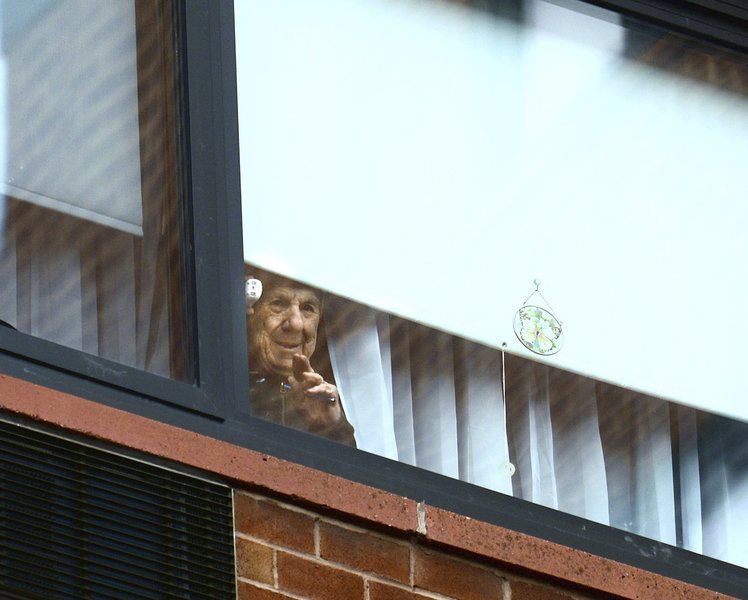 CARL RUSSO/staff photoArmand ''Ray'' Persichetti looks out the window of his apartment at the Mary Immaculate, Marguerite's House Assisted Living Facility in Lawrence as relatives and friends outside wish him as happy birthday. 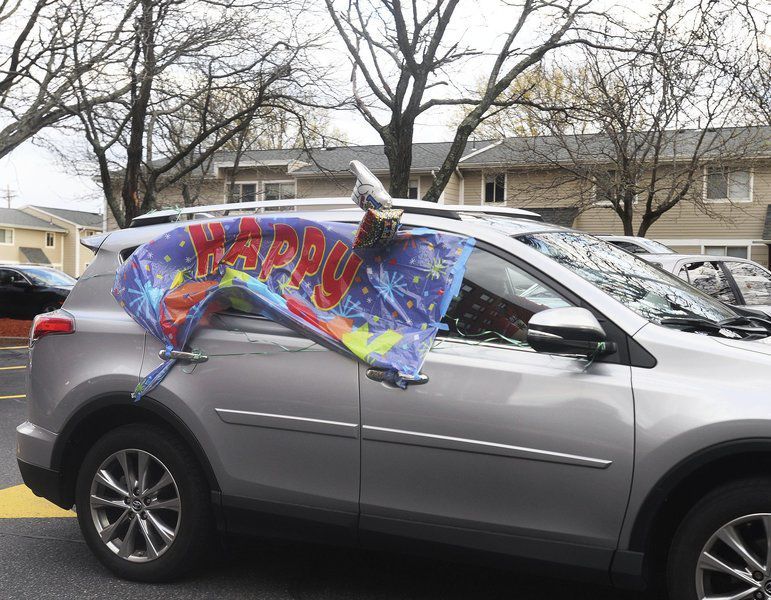 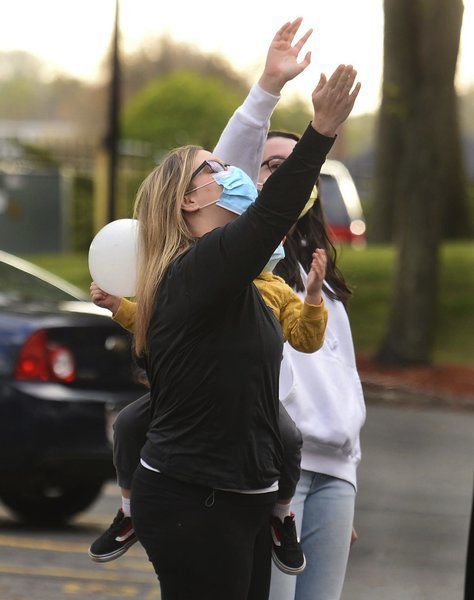 CARL RUSSO/staff photoArmand ''Ray'' Persichetti looks out the window of his apartment at the Mary Immaculate, Marguerite's House Assisted Living Facility in Lawrence as relatives and friends outside wish him as happy birthday.

Armand "Ray" Persichetti's large, close-knit family had a rotating schedule that guaranteed he was never without a visitor for more than a day.

Then the COVID-19 pandemic hit and Persichetti wasn't allowed visitors at Marguerite's House, the Mary Immaculate-owned assisted living center where he lives in Lawrence.

Still, on Tuesday of last week, when Persichetti celebrated his 94th birthday, his family made sure they made a big splash for him.

"We are a very social family," said Laura Persichetti, Ray's granddaughter, who lives in Haverhill.

Family members met at the Big Lots parking lot in Methuen and then made their way into Lawrence for a decorated car parade past Persichetti's apartment.

"There was at least a dozen of them," said Ray, who was very happy to see the parade below. He proudly noted "my granddaughter arranged that."

Persichetti was born in Lawrence and later lived in Methuen for many years. He worked in insurance before he retired and was married for 66 years to his wife, Alice, who died in July 2017.

During the pandemic, Ray said he misses exercising with his friends downstairs in his building. He tries to keep active on his own though, he said.

He praised the staff there, saying they make sure he gets his mail and anything else he needs each day.

"They are very good, caring," he said.

His secret to dealing with the current situation and similar to how he approached life, he said.

"You have to take things as they come,'' Persichetti said. "You have to adjust to the situation. If you let things bother you, you will get discouraged.''