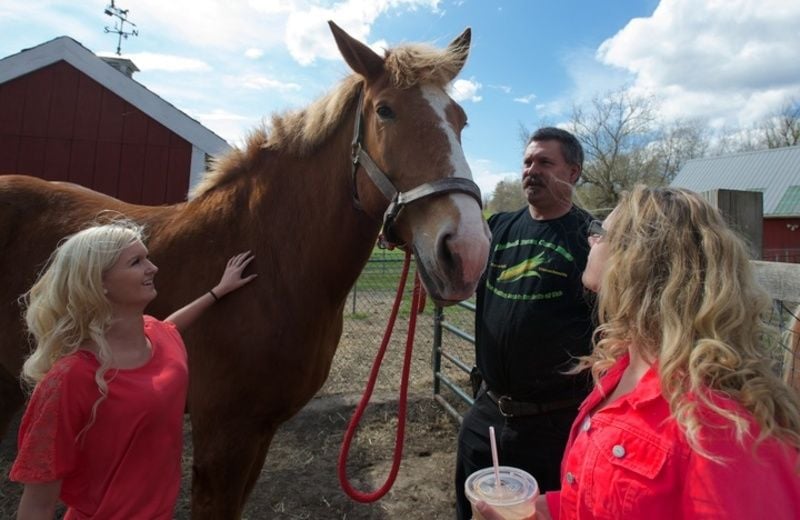 Mike the horse gets some attention from Kelsy Buturlia, 19, left, and Amanda Baxter, 19, right, as Kimball Farm owner Tyler Kimball holds his reins. 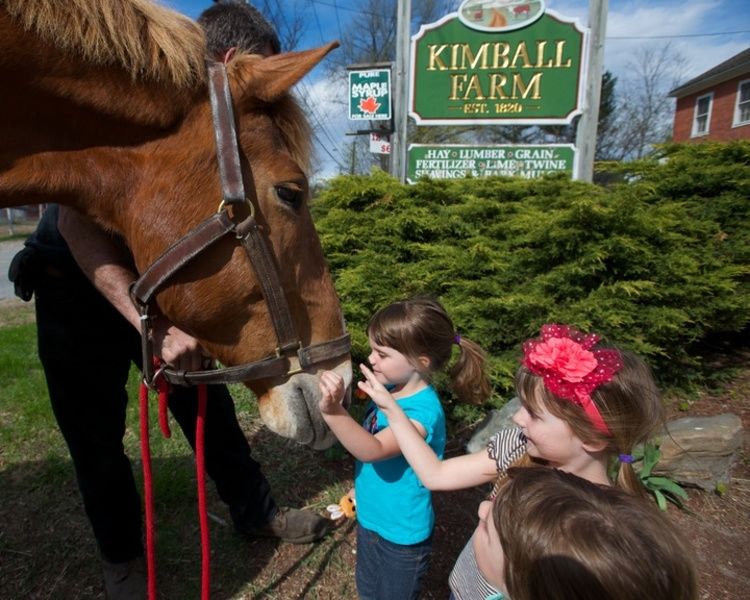 Mike the horse gets some attention from Kelsy Buturlia, 19, left, and Amanda Baxter, 19, right, as Kimball Farm owner Tyler Kimball holds his reins.

Kimball said KidsFEST organizers wanted to have the event in a country setting this year, and that he was able to accommodate them.

“We want to show kids that there are other things than the city,” Kimball said.

Kimball says that although KidsFEST will be held in an expansive area near the river, kids will still be exposed to a real working farm.

“This is different than what they can learn in a classroom,” Kimball said.

In addition to growing hay as well as vegetables such as corn and sunflowers for seeds, he also raises cows, buffalo, chickens and goats, as well as sheep for wool and llamas for wool. He sells beef and buffalo meat at his farm stand on East Broadway.

“At KidsFEST, people will see the fields, but the event itself does not have a farm theme,” Kimball said. “We’ll have some animals on display, such as goats, cows and draft horses which we use for jobs on the farm as well as for hayrides in the fall.”

In the fall, Kimball offers a corn maze as well as a “haunted” corn maze with characters in costumes and spooky lighting, music and scenes. And in the winter he offers horse-drawn sleigh rides.

Kimball Farm is a working family farm that has been in the family since 1820.

Haverhill, MA - A story to begin a friendship. Originally from No. Andover. Served two tours in Vietnam. What do you mean "we lost." He will be missed. Services to occur at a later date.