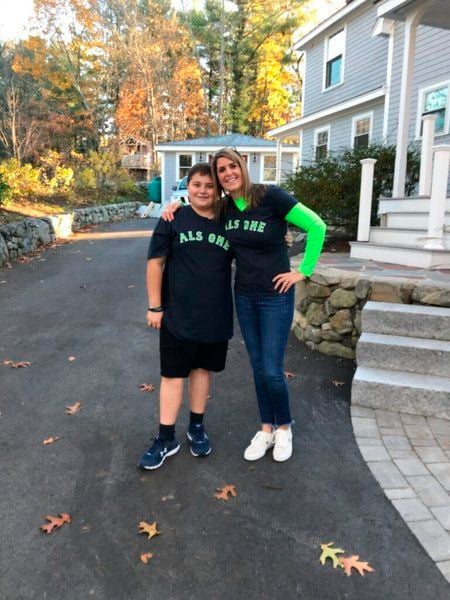 Courtesy photoMichael Faucher and his mom, Julie Faucher, work together to raise awareness and money for the ALS ONE charity in memory of Julie's friend. 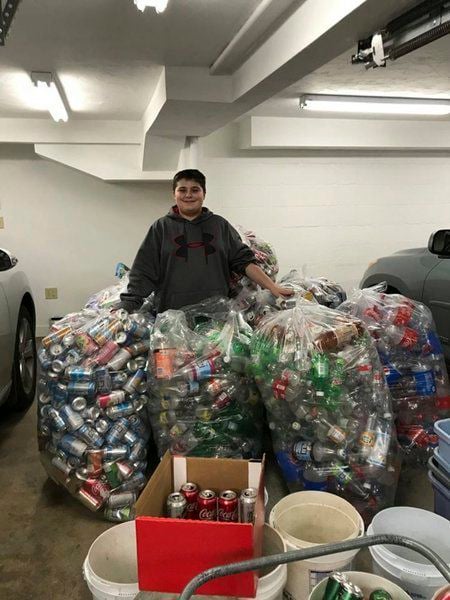 Courtesy photoMichael Faucher, 14, collects cans to raise money for the ALS ONE charity, earning him the nickname "Michael Recycle."

Courtesy photoMichael Faucher and his mom, Julie Faucher, work together to raise awareness and money for the ALS ONE charity in memory of Julie's friend.

Courtesy photoMichael Faucher, 14, collects cans to raise money for the ALS ONE charity, earning him the nickname "Michael Recycle."

Michael Faucher is a teenager on a mission.

At just 14 years old, he's already an expert at paying it forward.

Nicknamed “Michael Recycle,” he has raised more than $70,000 for the progressive neurodegenerative disease amyotrophic lateral sclerosis — better known as ALS — and he's done it 5 cents at a time.

For the past three years, Michael has collected bottles and cans across the Merrimack Valley, counting them at his family's home in Haverhill and at his grandparents' home in Duxbury before donating the money to the ALS ONE charity.

ALS ONE has been the charity of choice for Michael since he learned of the story of Kevin Gosnell, his mother Julie Nightingale Faucher's close college friend, who lost a 15-month battle with the disease in 2016.

“My dad said as a joke one time 'Why don't you collect cans?' thinking it would get us 50 bucks,” Michael said. “We never thought it would take off like this. We've collected over 200,000 cans so far.”

Together with “The Crew” — Julie, Michael's father John, grandfather Gerald and grandmother Rebecca Nightingale — Michael sorts plastic and glass bottles, cans and other Massachusetts-only recyclables, counting two-by-two, until he reaches 25, each weekend in the Duxbury garage of his grandparents' home. Then he takes them to various redemption sites to collect cash that is in turn donated to ALS ONE.

To date, with the support of friends, family and perfect strangers, Michael has collected upwards of 43,000 this year alone.

“It's kind of comical: I'll go to my mailbox and there will be one empty can in there,” said Michael's mom, who accepts donations at their Haverhill home, as long as donors reach out to her on Facebook before dropping them off first. “It's a 'thing.' It's absolutely awesome. We would love for people to keep dropping them off at our house.”

Michael and his mother, a guidance counselor at North Andover Middle School, also encourage Michael's classmates to do good deeds in memory of Gosnell. Each day after school lunch, the pair round up recyclable items from the cafeteria to bring back to “The Crew,” Faucher said.

The Fauchers are also giving back to ALS ONE in other ways. In August, Julie Faucher is running the seven-mile Falmouth road race in Gosnell's memory with a team from ALS ONE. They hope to raise $20,000 for the charity before the summer is out.

“It's amazing how something so small can get so big,” Faucher said. “I just try to teach Michael that there's more beyond just yourself: It's important to give back and be kind.”

HOW TO HELP 'MICHAEL RECYCLE'

Donate cans: Reach out to Julia Nightingale Faucher on Facebook to arrange a drop-off time and location.

Check out: Gofundme.com and searching for the ALS ONE 2020 Falmouth Road Race Team.