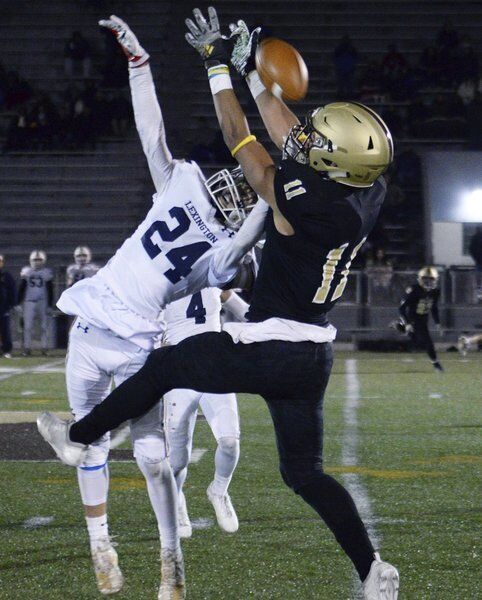 CARL RUSSO/Staff photoHaverhill High's Teyshon McGee leaps high but is unable to make the catch as Lexington's Jayden Dillon breaks up the pass in November of last year. 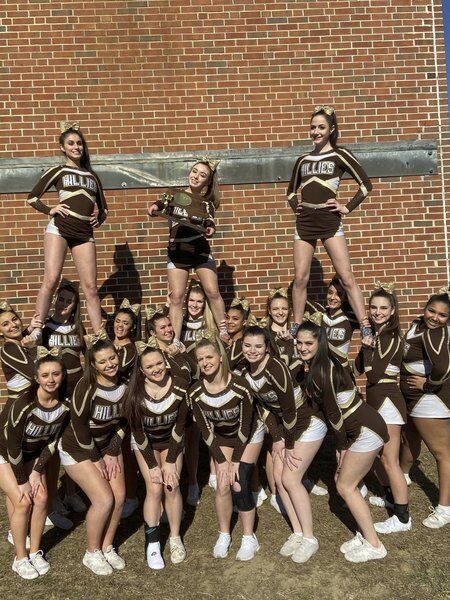 CARL RUSSO/Staff photoHaverhill High's Teyshon McGee leaps high but is unable to make the catch as Lexington's Jayden Dillon breaks up the pass in November of last year.

Massachusetts will move forward with fall high school sports, but without football.

The Massachusetts Interscholastic Athletic Association board of directors has voted unanimously to approve a modified fall season, as the state continues to deal with fallout from the COVID-19 pandemic.

The fall sports season will include boys and girls soccer and cross country, golf, field hockey, gymnastics and girls swimming. It is planned to run from Sept. 18 to Nov. 20, and will not include a state tournament.

Football and fall cheerleading, however, have been moved to a “floating” season, called Fall II, that is planned to run from Feb. 22 to April 25 — between the winter and spring seasons.

“This is a huge win for everyone,” said Methuen Athletic Director Matt Curran. “This is going to be unique for sure, but having kids on the field beats having no kids on the field. Getting kids back outside or inside, playing sports, making healthy choices and being with their friends is exciting.

“The School Committee still has to approve it, because our kids are learning remotely,'' he said.

The MIAA vote came after the Massachusetts Department of Elementary and Secondary Education released joint guidance on how to handle sports and COVID-19, and months of speculation since spring high school sports were cancelled.

“There is no doubt that this whole process has been very frustrating for student-athletes, parents, coaches and athletic directors,” said Haverhill Athletic Director Tom O’Brien. “Sports play a huge role in many of our students’ lives. All have been very anxious to hear if there will be a season and what that season will look like.

“The Merrimack Valley Conference athletic directors have engaged in discussions over the past several months on how we can provide the best possible experience for our student-athletes given these unusual circumstances. Now that we that we have guidance from the DESE and MIAA, we will work hard in the coming days and weeks to solidify a plan for sports this year.”

Central Catholic Athletic Director Ernie DiFiore said, “This is a very positive move. This gives us all a little bit of hope that we’re going to be able to compete at some level. We are hopeful that, if things go as planned, we will be able to compete in a fall season if we can safely get the kids back while following the guidelines.”

One school that is not eligible to return to play, at least initially, is Lawrence High School, because the city has been designated a “red zone” city, with some of the highest COVID-19 infection rates in the state.

“Right now, we cannot play games or even practice,” said Lawrence Athletic Director Brendan Neilon. “We don’t know, if the numbers in the city change for the better, if that could chance during the fall season. They could possibly reassess on Sept. 1.

“Right now, we are not eligible to play fall sports until the ‘Fall II’ season,'' he said. "It’s frustrating for everyone, but we also want the whole community to be healthy. The numbers are the numbers.”

While the decision to move football to February could pose challenges, John Dubzinski, North Andover football coach, said he is thrilled that his players will have a chance to compete at some point.

“I can safely speak for our team when I say we are absolutely ecstatic over the news,” said Dubzinski. “This plan gives every student-athlete the opportunity to compete and have a season. Interscholastic athletics are a vital part of a total educational experience for these kids, and we are grateful the MIAA agrees.”

Another major change is that no state tournaments will be held, and thus there will be no state champion. Any postseason play will be up to the individual conferences.

“They gave the leagues flexibility on having a league or district champion,” said Curran. “That is something we will discuss. Leagues could come up with their own postseason tournament or district tournament. Our district is the Merrimack Valley Conference, Middlesex Conference and Dual County League.”

The MIAA also voted to allow athletes to compete in all four sports seasons — with approval from the athlete's school — and to allow “out of season coaching” for sports not in season.

Despite lingering questions, most agree the return of sports is a positive step.

“There were days throughout the spring and summer when the outlook wasn’t great,” said DiFiore. “A lot of people wanted to know what would happen. People needed something positive, and here it is. Hopefully things can be done safely. The MIAA really stepped up to make things happen. I lot of people worked very hard to make this possible.”

Here is the breakdown of sports seasons in Massachusetts for the 2020-21 school year:

FALL II: Feb. 22 to April 25 — Football, fall cheer, unified basketball, any sports not played in fall season because of remote learning or other COVID-19 issues.