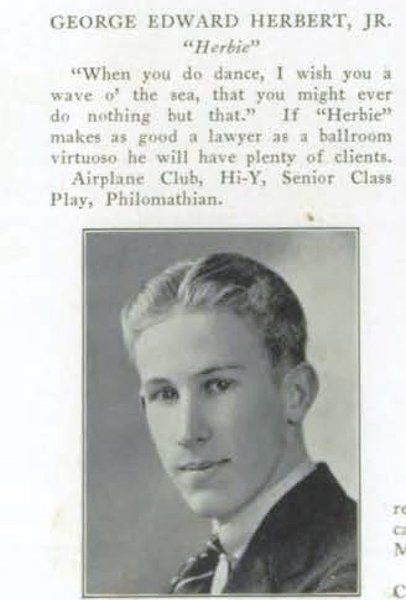 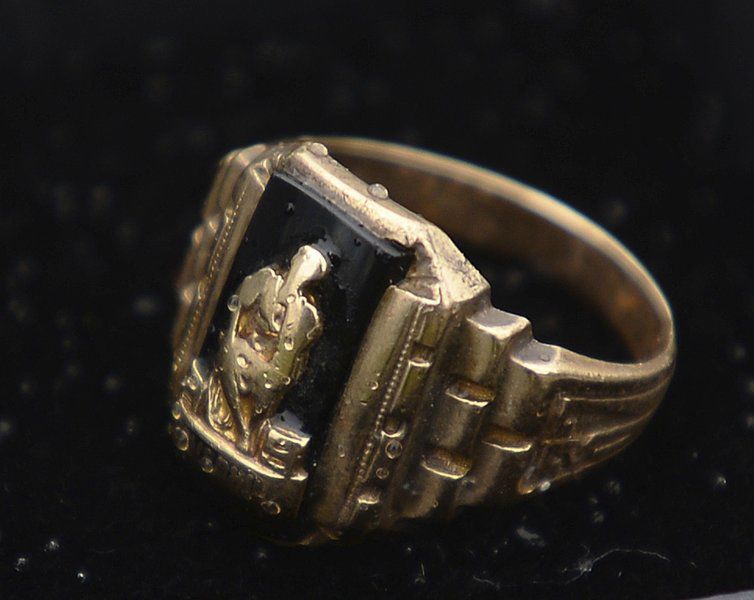 CARL RUSSO/Staff photoThis is the Haverhill High Class of 1937 ring that Amanda Crosby of Bradford found hidden behind an old shelf while removing wallpaper. 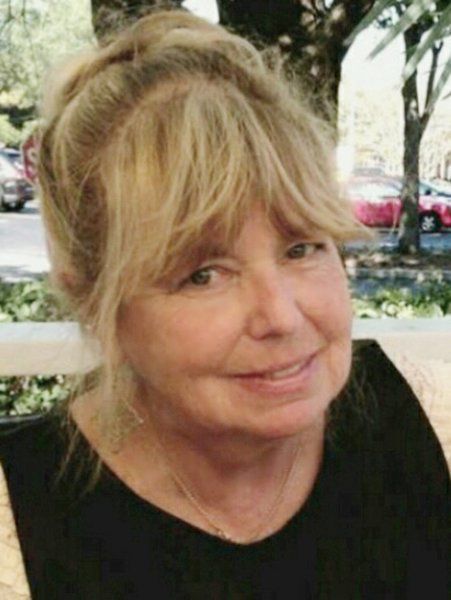 Courtesy photoJudy Guptill of Kingston, New Hampshire, hopes that as soon as the coronavirus pandemic has passed, she will receive her father's high school class ring, which was discovered in a Bradford home. 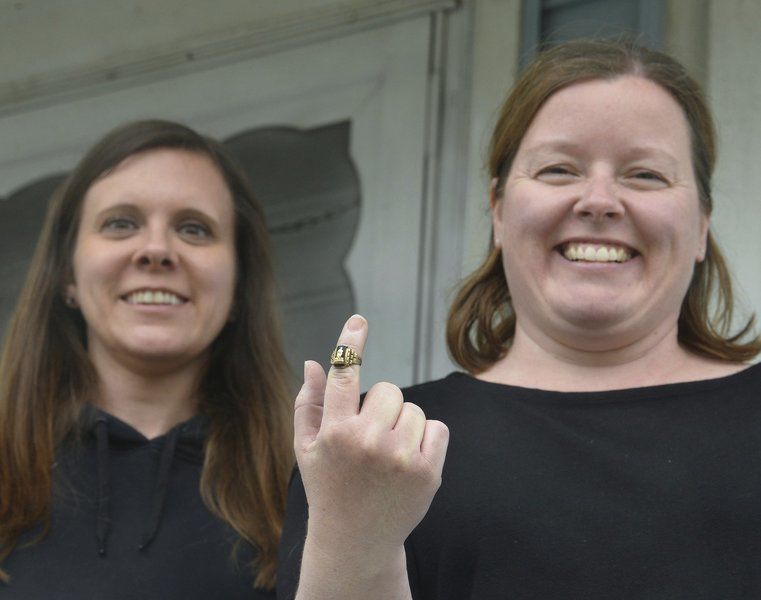 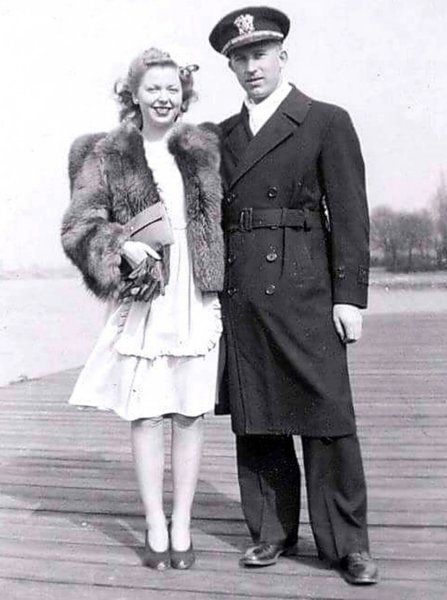 Courtesy photoBarbara (Cash) Herbert and George Edward Herbert Jr. are shown in this photo believed taken during World War II while George was on leave from the Navy.

CARL RUSSO/Staff photoThis is the Haverhill High Class of 1937 ring that Amanda Crosby of Bradford found hidden behind an old shelf while removing wallpaper.

Courtesy photoJudy Guptill of Kingston, New Hampshire, hopes that as soon as the coronavirus pandemic has passed, she will receive her father's high school class ring, which was discovered in a Bradford home.

Courtesy photoBarbara (Cash) Herbert and George Edward Herbert Jr. are shown in this photo believed taken during World War II while George was on leave from the Navy.

It's remarkable to discover an 80-plus-year-old high school class ring that was somehow lost. But what are the odds of finding a family member to return the ring to after all these years?

Unknown to Haverhill native Judy Guptill, her father's high school class ring ended up being lodged behind a shelf in the Bradford home where she grew up.

She said that when her mother cleaned out the house in the early 1980s to sell it, no one had any idea the ring was there, not until Guptill recently got a call from Amanda Crosby. She and her husband, Will Crosby, bought the more-than-century-old home at 18 Kensington Ave. in August of 2019.

With the coronavirus crisis keeping many people home, the Crosbys had so much free time on their hands that they decided to remove some old wallpaper, starting with one of their children's bedrooms.

Amanda said she was removing clumps of wallpaper that fell into a gap behind a wall-mounted wooden shelf, when out fell a Haverhill High School Class of 1937 ring bearing the inscribed initials "GH."

Amanda is a business and marketing teacher at Whittier Regional High, and her husband is a mason. They have two children: Keegan, a fifth-grader at Hunking School, and Lilah, a second-grader there.

"The wallpaper in Keegan's room was so bad we started there first," Amanda said. "I can only assume the owners before us installed the wallpaper but never found the ring."

After discovering the ring, Amanda Crosby reached out to her friend Carolyn Carbone Leverett of Bradford, a member of the Haverhill High Class of 1996, and Leverett found the school's 1937 class yearbook online. In it was a photo of a young man whose initials "GH'' are those inscribed on the ring — George Edward Herbert Jr.

"We figured this must be the owner of the ring," Leverett said. "By checking the Salem Registry of Deeds, I found that the prior owners of the home had purchased it from Herbert's widow in the mid-1980s."

Amanda Crosby then found an obituary for Herbert's widow, Barbara Herbert, which listed the names of her children, including Judy (Herbert) Guptill.

"We found Judy on Facebook and we messaged her," Amanda said.

Judy Guptill said she was shocked to learn about the ring that was found in the home where she grew up with four younger siblings — two brothers and two sisters.

Guptill and her husband, Gary, a long-time guidance councilor at Haverhill High School who is now retired, live in Kingston, New Hampshire.

"Amanda didn't tell me at first what she had found, other than to say it might belong to me," Judy Guptill said. "I didn't end up with many family mementos when my mother sold the home so it really touched me to think Amanda and Caroline would go to the trouble of tracking me down."

Guptill said she hopes to meet with the two women as soon as the coronavirus pandemic has subsided.

She said she can't help but wonder how the ring ended up getting lodged behind a shelf.

"Amanda found it in my brother's room, so maybe my dad gave it to him and he put it there," Judy Guptill said, noting her father died in 1984 at the age of 64 and that one or two years later her mother sold the house.

"After graduating from Haverhill High my father attended Northeastern University then enlisted in the Navy during World War II, where he served as a radar operator on an aircraft carrier," Guptill said. "While on leave in 1943, he met my mother (Barbara Cash of Portsmouth, New Hampshire) at the Hampton Casino on a blind date. They were later married by a Navy chaplain."