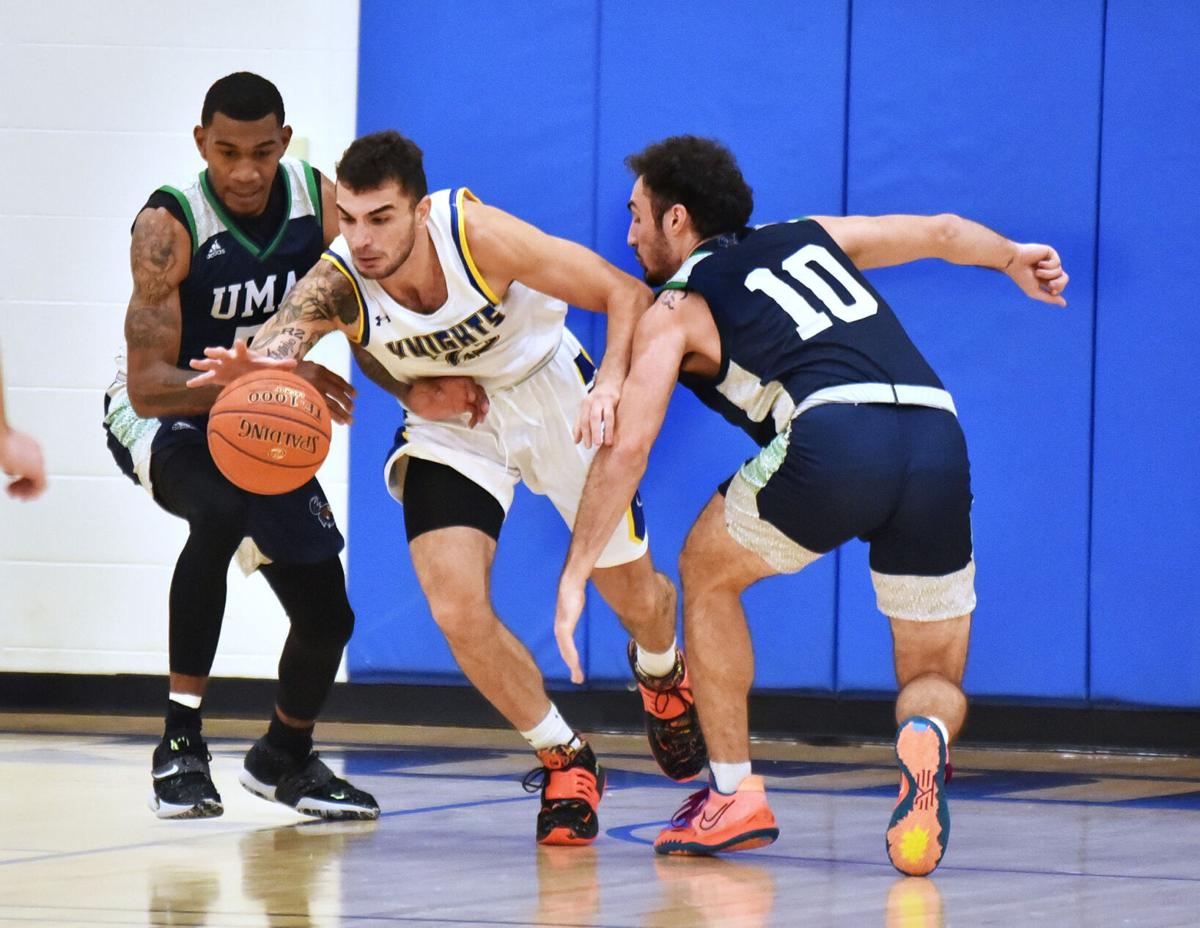 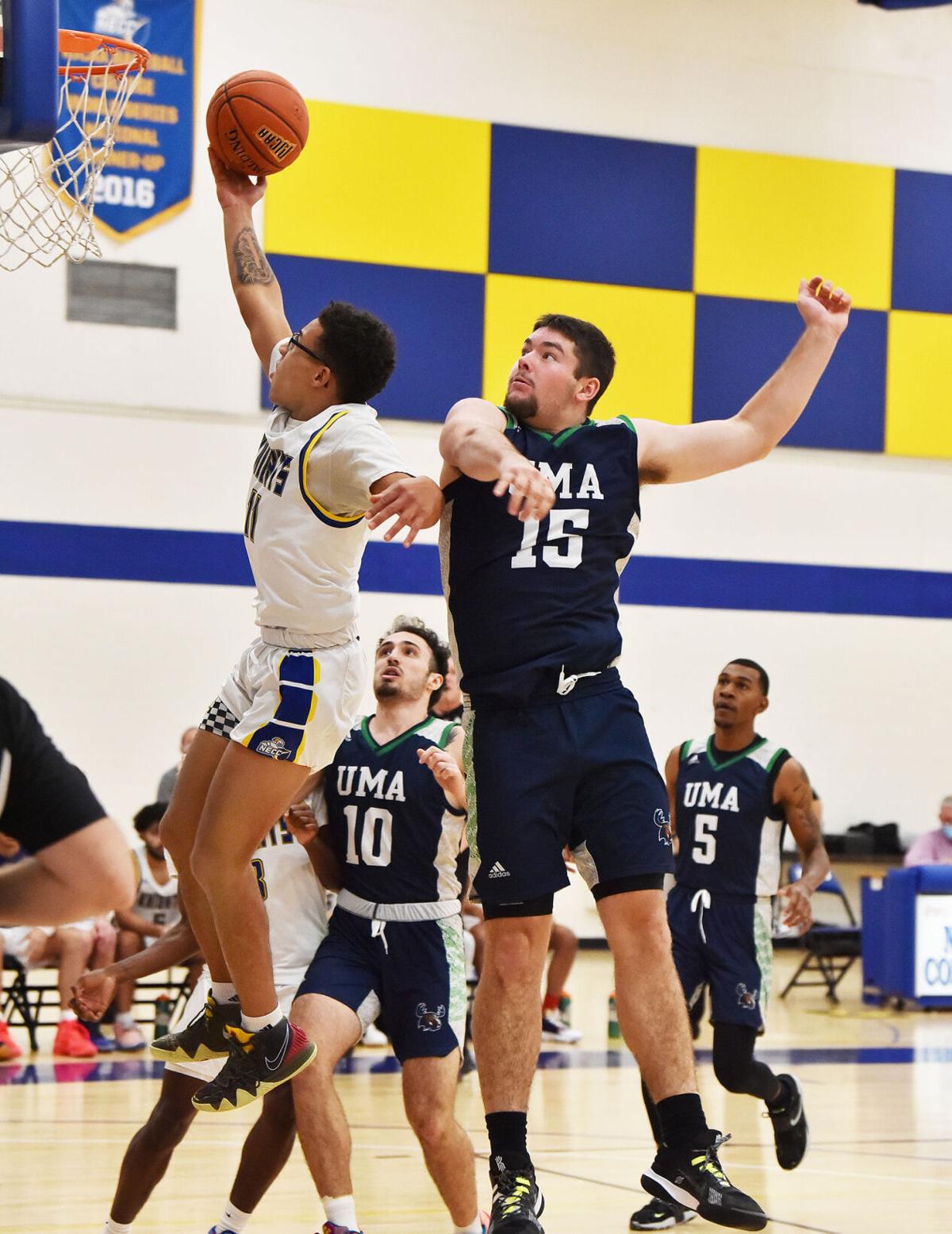 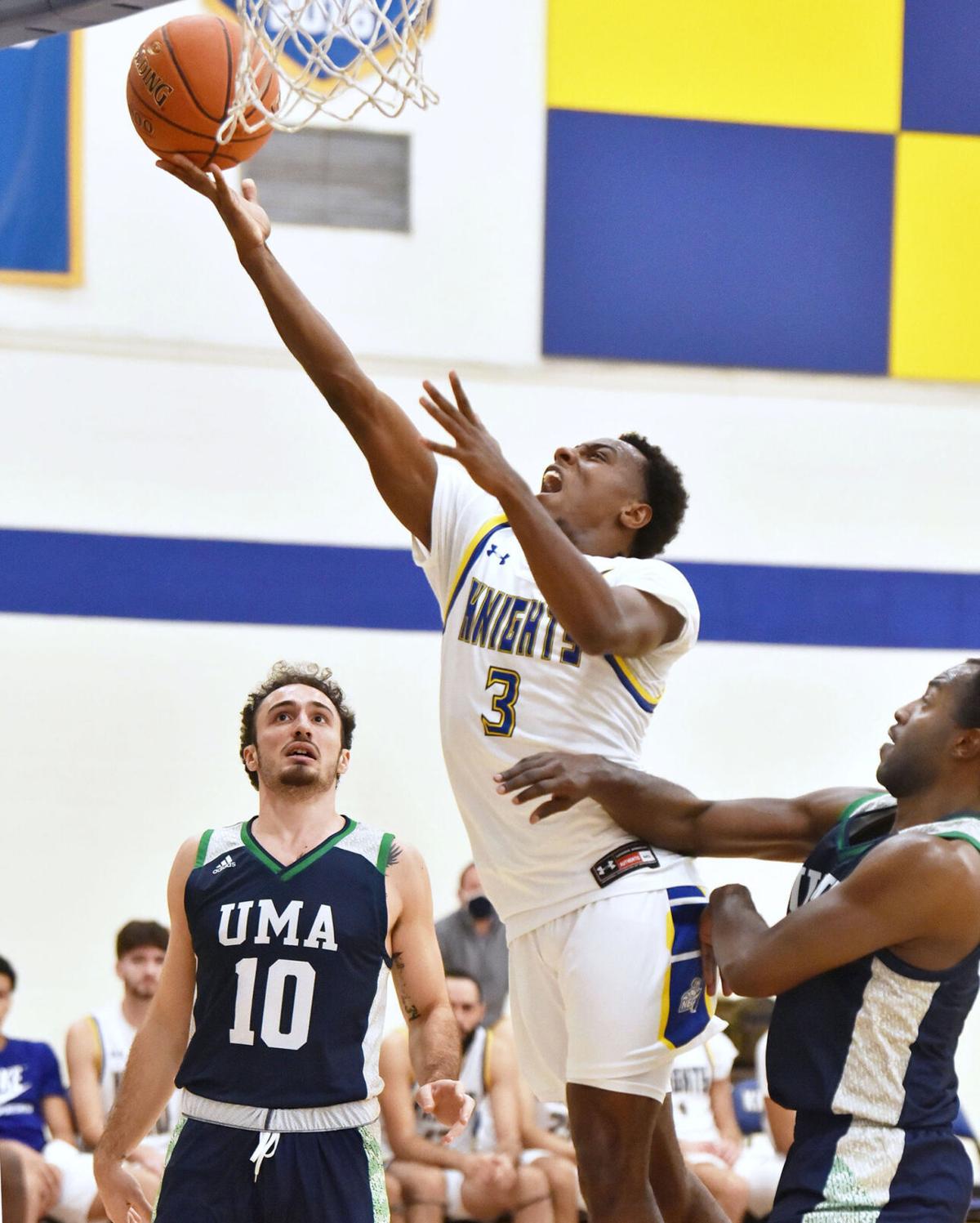 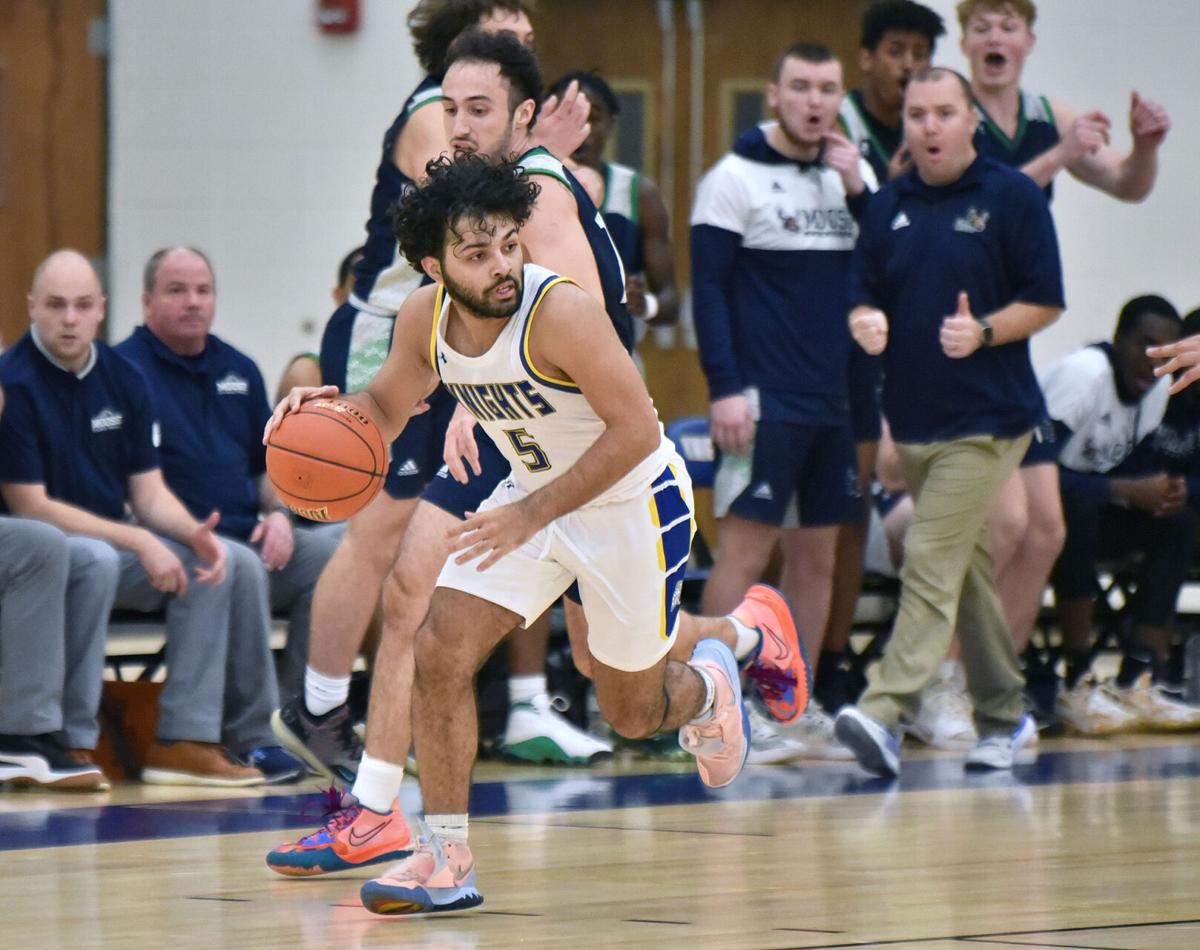 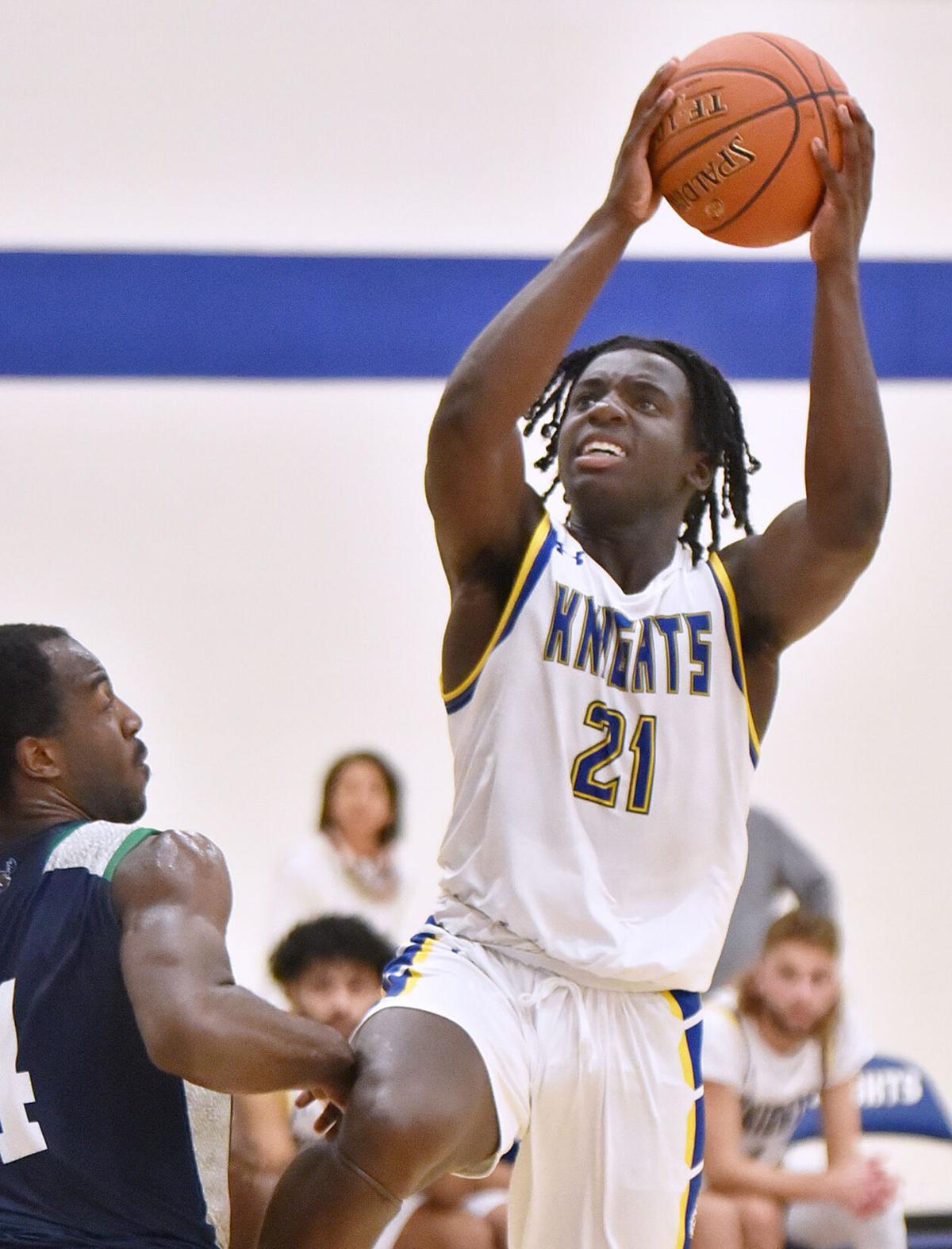 On a current roster of 18, there were 15 Knights who got in the game as Northern Essex opened with an impressive 78-66 victory over UMaine-Augusta, a four-year school able to play juniors and seniors.

The Knights got after it from the start, as if they were tired of practicing, and zoomed to a 12-0 lead before UMaine-Augusta knew what hit it. Showing good quickness and plenty of pressure, Northern Essex seemed a step quicker than their visitors from the north and never trailed throughout the game.

On a team in which it’s tough to single out players, Haverhill’s Phillip Cunningham was impressive around the basket while leading all scorers with 15 points.

Peabody’s Matt D’Amato had a pair of 3-pointers and 14 points while freshman Metin Yavuz from Turkey added 13 and Methuen’s Jaleek Urena hustled his way to 10 points.

“For a first game, I was happy with the way we played,” said Northern Essex coach Darren Stratton. “I thought we brought a lot of energy, especially in the first half.

“We had several guys play really well. I thought Jaleek had a nice game and was a stabilizing player for us and Phillip played really well. The same with Metin.”

“We have some work to do, but it was a good start,” said Stratton. Northern Essex 78, UMaine-Augusta 66.