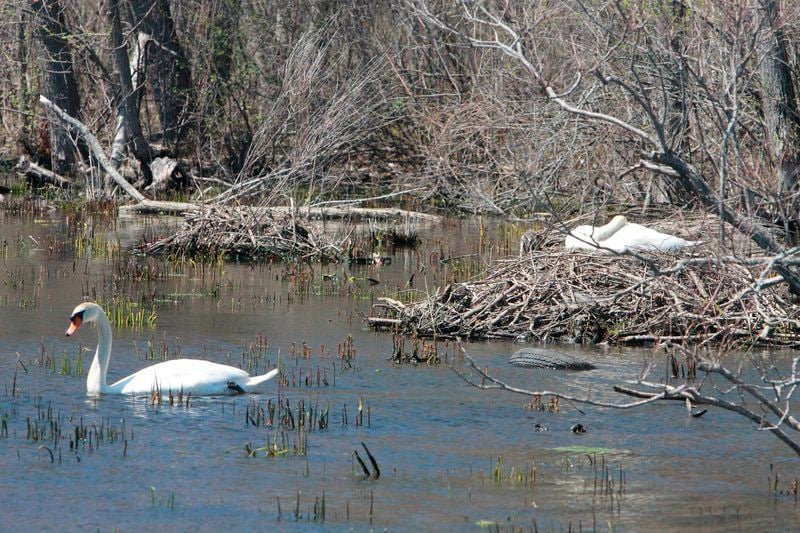 MIKE LABELLA/Staff photoA male swan guards the area while his mate watches over eggs in a nest they built along the river. 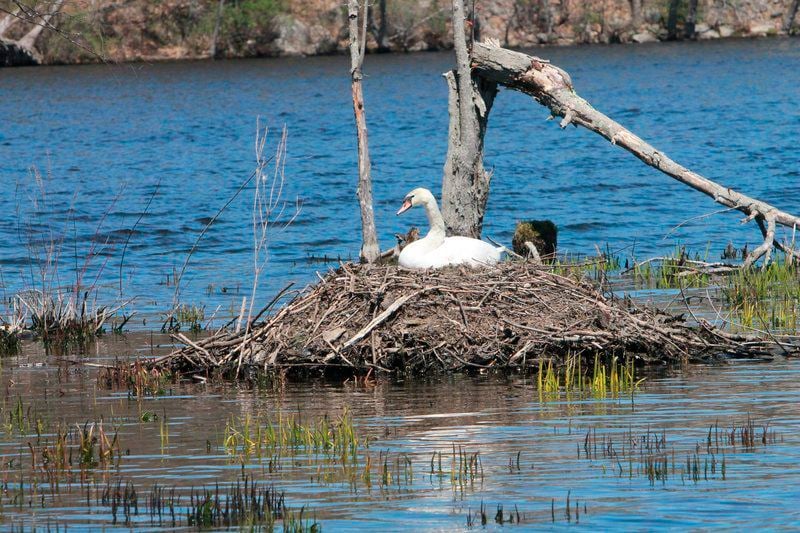 MIKE LABELLA/Staff photoA mother swan sits on her nest along the Merrimack River.

MIKE LABELLA/Staff photoA male swan guards the area while his mate watches over eggs in a nest they built along the river.

MIKE LABELLA/Staff photoA mother swan sits on her nest along the Merrimack River.

In 15 years of scouring the banks of the Merrimack River in Haverhill and elsewhere to remove debris, Rocky Morrison of the Clean River Project has seen plenty of nests built by geese and ducks.

But he has never seen a swan’s nest — until now.

“We were out there ... installing booms for Lawrence and cleaning the (river)banks of trash,’’ Morrison said of members of his organization, which has adopted the river, ’’when we noticed two swans and their nest. These swans are smart. They built their nest in a protected area that can’t be reached on foot.”

Since last week's discovery in Lawrence, Morrison has been researching ways of protecting the swans and their nest from humans. He fears people will want to intrude on the birds.

“The area should be left alone until the time the swans leave,” Morrison said. “Methuen just opened up its public boat ramp and I’m afraid that boaters, jet skiers and others will be interfering with the swans. I’m sure there are some people who will want to get close to see them or take pictures, but it’s not what we want to see. Wildlife needs to be left alone.”

Morrison said that over the past five years or so he has spotted swans in the river, but he’s never encountered a nesting pair. He said he’s been keeping an eye on the nest, from a distance, and that it appears to have been built on top of a beaver den.

“I’ve seen beavers around the nest,” he said.

Morrison said it’s exiting to know the swans have made the river their home.

“To me, it shows the ecosystem is improving,” he said.

This is the 15th anniversary of Morrison founding of the Clean River Project, which removes debris from the waterway across the Merrimack Valley, but his ties to the river go back further than that.

“I grew up on the river and I’ve spent a lot of time on it,” he said. “Over the years I’ve come upon a lot duck nests — including one that’s currently under the dock of Clean River’s headquarters — and plenty of Canadian geese nests, but never a swan’s nest.”