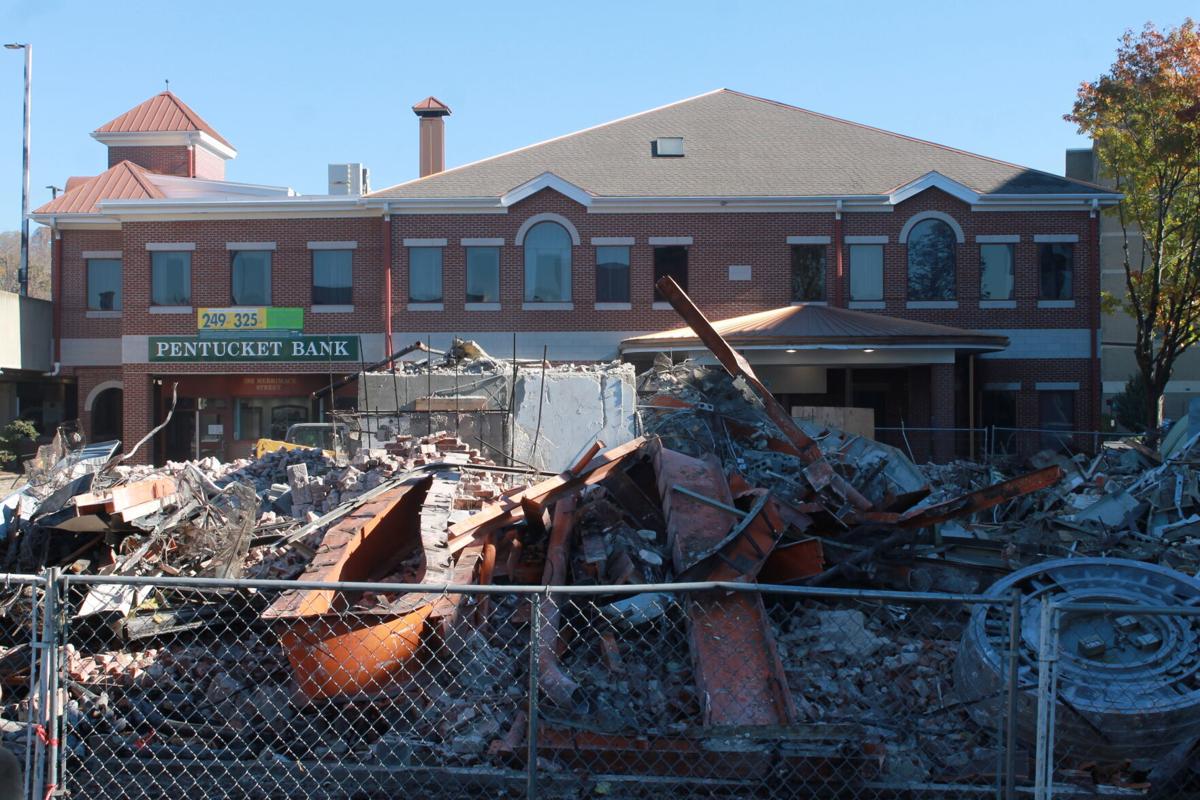 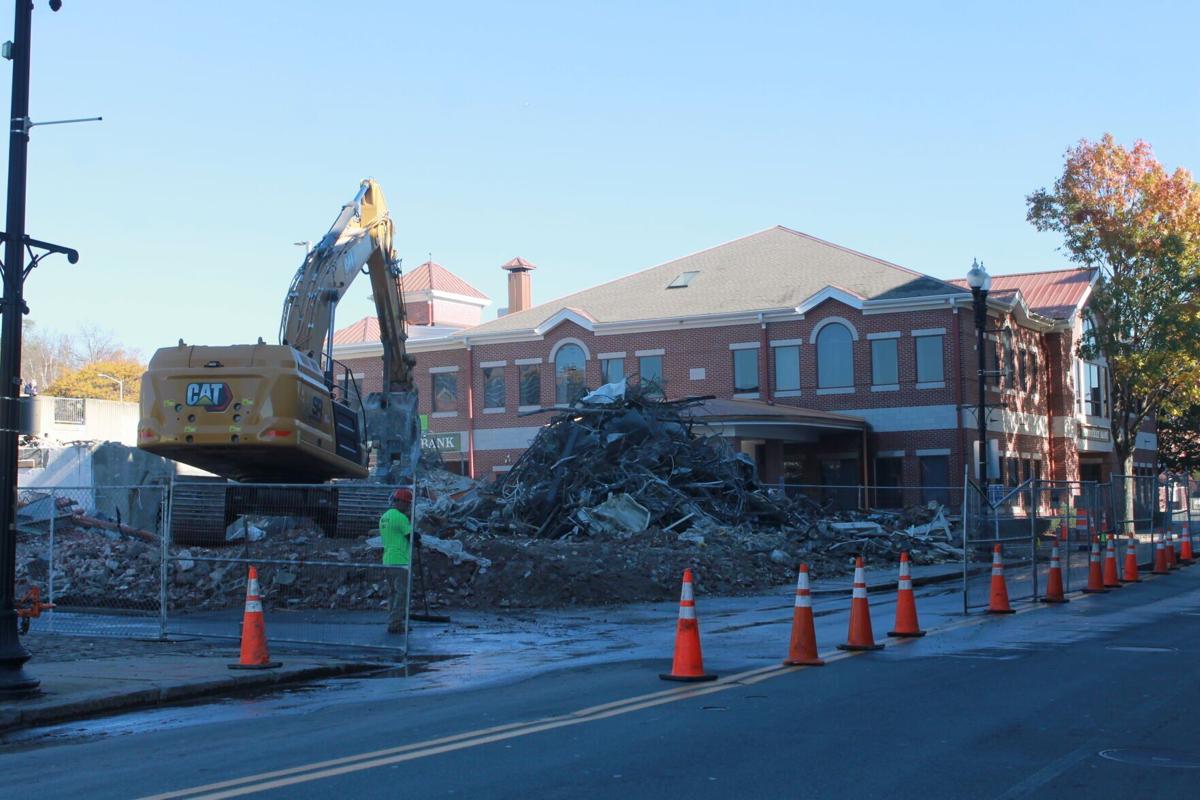 The transformation is expected to begin once the site is cleared of debris, and should be tidy by the end of next week, according to Pentucket Bank President and CEO, Jonathan Dowst.

“If you look at all our properties, they are professionally landscaped and detailed and this will be no different,” he said. “It matters to us and to the community.”

The property is still important to the operation of 1 Merrimack St., as drive-thru lanes continue operate on that parcel.

“Our goal was not to tear it down,” Dowst said about 35 Merrimack St. “We looked at renovating the building and leasing it, but it would have cost about $2 million to bring it up to code and as a landlord, we could not get a return. It was for lease or sale but we did not get any bites. We worked with the city and the schools to sell it but the renovation costs were excessive. We could not even give it away.”

So the decision was made to tear the building down and create green space, he said.

The 35 Merrimack St. parcel is adjacent to the Herbert H. Goecke Parking Deck, which the city is looking to demolish and replace with a sweeping redevelopment project that will transform the eastern entrance to the downtown with a modern parking facility surrounded by new retail stores, professional offices, restaurants, housing and public spaces.

The city received proposals from five developers who are looking to partner with the city on the project.

Dowst said his bank wants to be part of the redevelopment scenario if it can be improved upon by the bank’s participation.

“We are in conversation with several of those developers as Pentucket Bank has always been a leader in Haverhill when it comes to thinking forward in regards to the best interests of the city,” Dowst said. “We want to be part of that redevelopment and a positive force in it, and to the extent the redevelopment is improved by our participation, we’re open to that.”

He said there are no formal agreements at this time as to what the bank’s participation might be and there are no immediate plans to demolish 1 Merrimack St.

“There is no scenario in which Pentucket Bank would not continue to have a major presence on Merrimack Street, including a retail branch,” Dowst said. “We are fully committed to maintaining our headquarters and a branch downtown and there is no chance that a redevelopment project will change that.

“The only way that will work for the bank is having first-class first-floor retail, office space and a drive through,” he added.

Among the demolition debris is a vault door, which the bank had hoped to save and possibly use in a display of some sort. Gregory Shaw, executive vice president of Pentucket Bank, said the door’s weight of 38,000 pounds made that idea unworkable.

He said that when workers tried to lift the door with an excavator, the straps snapped and the excavator nearly tipped over, and when they tried using chains, those broke too.

“Now were grappling with how to move it out,” Dowst said, adding the door will eventually go to a salvage yard.

Shaw said the site is being cleared of debris in preparation for bringing in backfill and subsequently laying down sod or hay.

“It will be protected to ensure it does not become a mud bowl,” Shaw said.