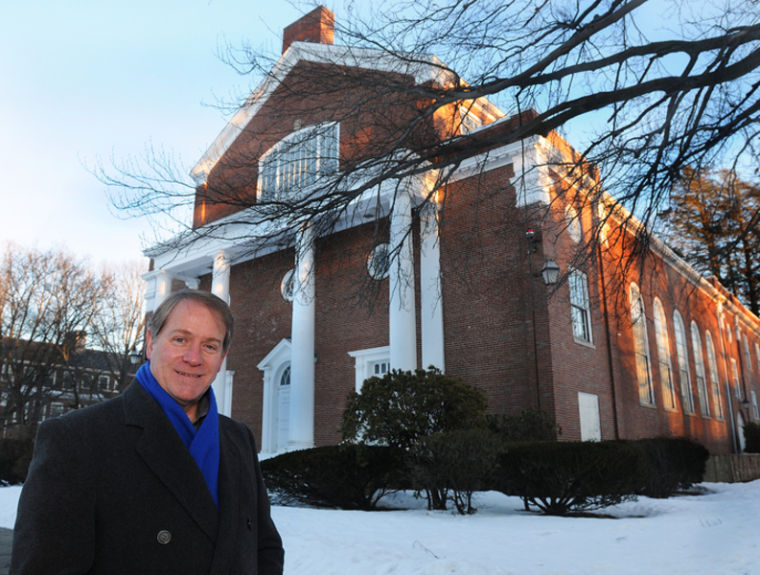 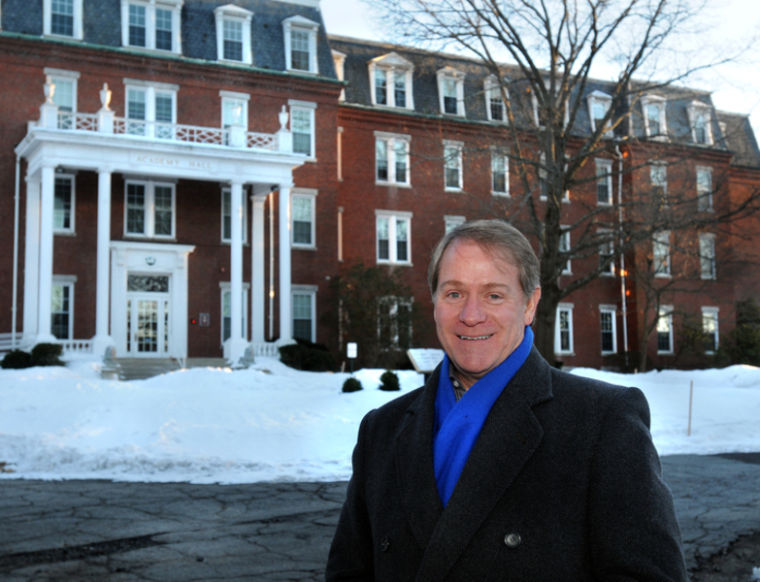 Dr. J. David Arnett, president of Northpoint Bible College, stands in front of Academy Hall on the campus of the former Bradford College.

Dr. J. David Arnett, president of Northpoint Bible College, stands in front of Academy Hall on the campus of the former Bradford College.

When Bradford College closed in 2000, shocking the community, the imaginations of neighbors ran wild.

Families had bought homes near the college so they could live in a rural setting next to the quiet school.

Suddenly they were faced with possibilities they feared for the campus — a condominium complex or other big housing development, or perhaps a school for troubled boys.

The neighbors organized and pressured city officials to help them protect their “back yards’’ — the places where they had invested their lives and families.

Finally, in 2009 a religious college moved in.

It was just the kind of quiet and considerate neighbor that nearby families hoped for. Things have worked out well since.

The new college is very quiet, they said, and also welcoming.

“My sons can bicycle in there,’’ said Anthony Maccario, who headed up the Bradford College Neighborhood Association, said of the campus. “We go for walks to the pond. It’s a beautiful place.’’

But it took several years and a lot of work by neighbors to get to this peaceful place.

In 2000, under the weight of an $18 million debt, Bradford College closed its popular 197-year-old liberal arts school and abandoned the 75 acre-site.

The residential neighborhood surrounding the campus was used to the quiet, bucolic, collegiate lifestyle. Neighbors worried about the future of the vacant property.

“We were anxious about what would happen in there, so we formed an association, sought legal council and organized as a legal civil entity to see what we could do to redeem this piece of property,” Maccario said.

The Wreath School, a Middleton-based facility for troubled boys, was one of them.

“They wanted to use the property for their rehabilitation school, and to put in some condominiums as well,” Maccario said.

“We didn’t want that kind of school to happen,’’ said neighbor Kevin Bergin. “Our group went to the mayor and City Council to see what could be done.’’

By 2002 the Wreath School withdrew its $10.3 million bid when it was not certain that the school could meet the bidding requirements to buy the property at auction.

Maccario said that the neighborhood did not want to lose the tranquility and richness of the natural environment of the area.

“We wanted to keep it as a college,’’ he said. “It was put on the market and a suitable buyer was found. It worked out well.’’

After the campus was purchased by GFI Partners in 2002, the Zion Bible School from Rhode Island made several unsuccessful attempts to buy the property from GFI. In 2007 Zion made a successful bid and purchased the site with the understanding that it was to be used for education.

The neighbors are happy with the new school. They are pleased that they have another school in their neighborhood and not a sprawling condo development with big doses of traffic and noise.

The college’s owners and administrators have a similar take on the relationship. They find Haverhill a more progressive location for their school than their former Rhode Island campus.

“It’s a good location for the students,” said David Arnett, president of the college. “There are plenty of jobs in the area for graduates, and Haverhill and the surrounding region provide good school jobs for our students.’’

The close proximity to Boston and ease of commute by train make the relocation to Haverhill a step forward for the college.

The story had a happy ending for all, even those who funded the purchase of the land.

The CEO of Hobby Lobby, a national chain of retail hobby stores, bought the Bradford campus in 2007 and donated it to Zion Bible College. He is a very religious man and a member of that church, Arnett said.

Zion started classes there in the fall of 2009 and changed its name to Northpoint Bible College at the beginning of 2013.

The college moved to Bradford from Rhode Island because building codes restricted its growth in that state so they wanted a new location.

Bradford College may have disappeared into history, but the new owners and neighbors have a stable relationship.

“It’s still an integral part of the neighborhood, a property that we could enjoy,’’ Maccario said. “That didn’t change.”

Haverhill, MA - A story to begin a friendship. Originally from No. Andover. Served two tours in Vietnam. What do you mean "we lost." He will be missed. Services to occur at a later date.