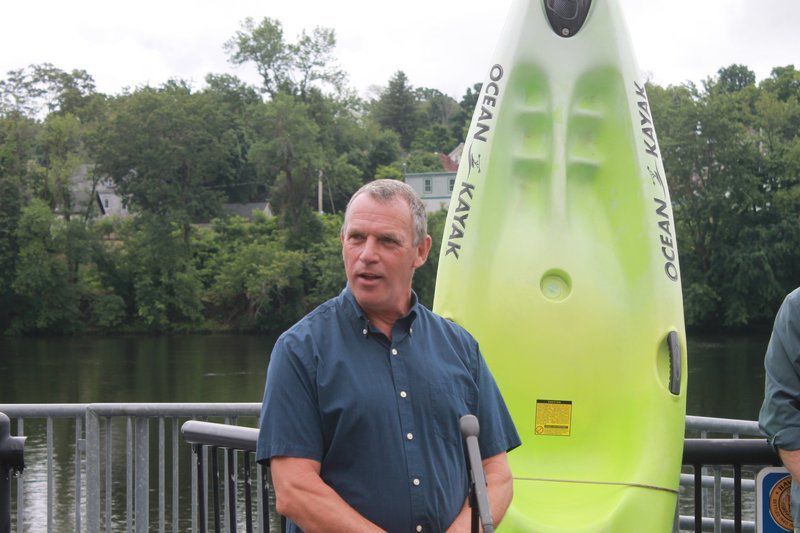 Ken Taylor, owner of Plum Island Kayak, addresses the crowd at the opening. 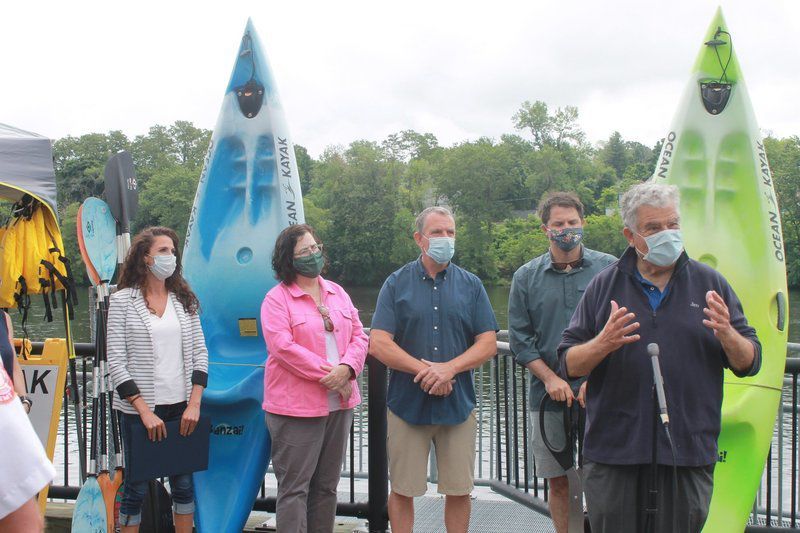 Ken Taylor, owner of Plum Island Kayak, addresses the crowd at the opening.

Local and state officials gathered on the boardwalk behind The Tap restaurant last week to welcome Plum Island Kayak to Haverhill and cut a ribbon celebrating the arrival of this outdoor adventure company.

The company will soon be operating from the William "Captain Red" Slavit Municipal Dock and will also be using a portable, enclosed trailer the city has provided for the kayak company to use, and for use at other times of year for events such as the Christmas Stroll.

Mayor James Fiorentini said the arrival of Plum Island Kayak is the latest in a multi-year effort to develop greater public use of the river.

"This is going to be the latest and I think the best step of them all to reactivating the waterfront," Fiorentini said during the event, which was organized by the Greater Haverhill Chamber of Commerce.

DiZoglio said Taylor's business will stimulate and contribute to Haverhill's economy, just as it does in downtown Newburyport.

Taylor told the crowd that every Haverhill official welcomed his company with open arms.

"I'll do the best I can to make this successful and a nice operation for all," he said.