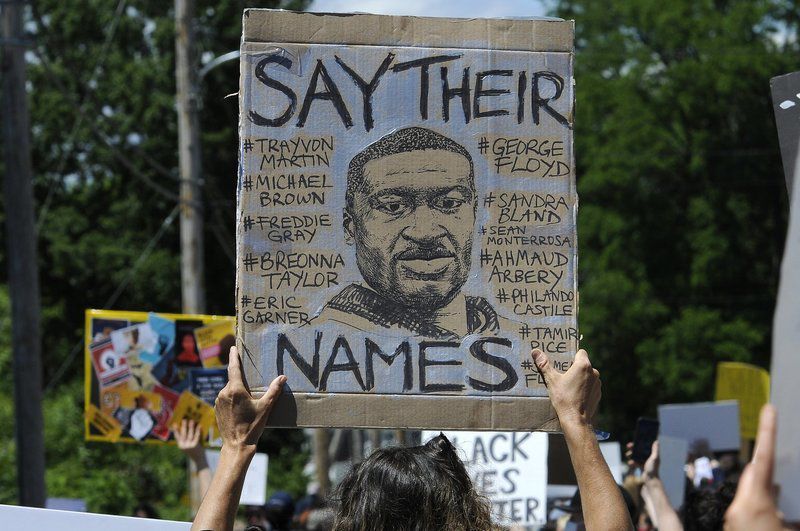 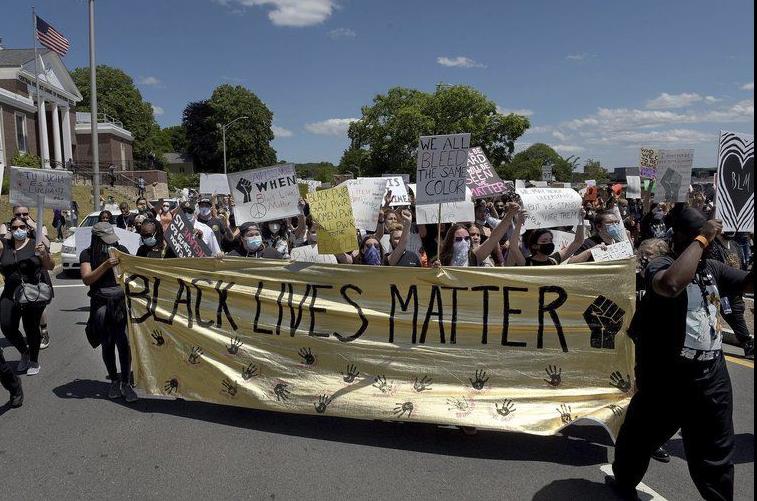 Hundreds of protesters march along Ginty Boulevard chanting while carrying signs during a Black Lives Matter protest and march in Haverhill. 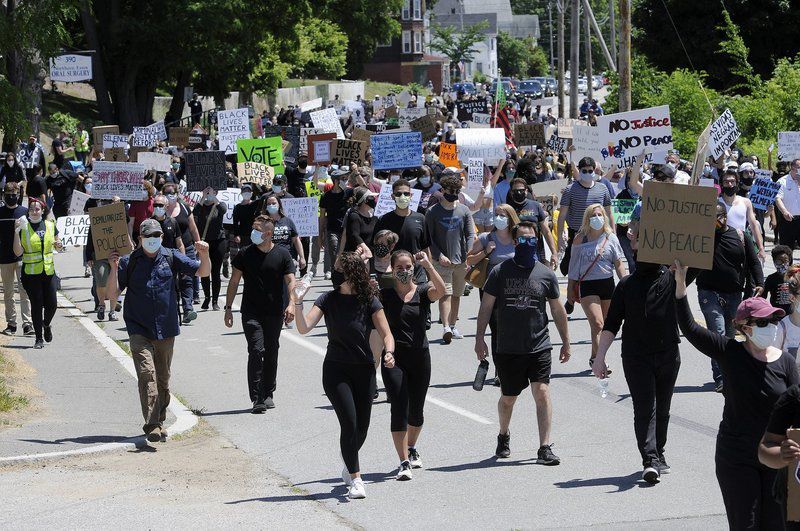 TIM JEAN/Staff photosHundreds of protesters march along Water Street chanting while carrying signs during a Black Lives Matter protest and march in Haverhill.

Hundreds of protesters march along Ginty Boulevard chanting while carrying signs during a Black Lives Matter protest and march in Haverhill.

TIM JEAN/Staff photosHundreds of protesters march along Water Street chanting while carrying signs during a Black Lives Matter protest and march in Haverhill.

Rally cries for racial equality are echoing across the country and penetrating town and city halls in Haverhill and across the region, where leaders are planning forums on the topic and policy reform is largely underway.

Mayors and town managers say area protests demanding attention to racial matters have been heard, and will serve as starting points for larger conversations.

Haverhill officials, led by Mayor James Fiorentini, say they are making the issue a priority.

Fiorentini said he is forming a Task Force on Diversity and Inclusion, the goal of which will be to find more effective ways of recruiting minorities for the police and fire departments, as well as city government.

“The mayor has been working for some time to recruit more young people and minorities to be on city boards, commissions and in city government,'' said Shawn Regan, Fiorentini's spokesman. "We would like to find new ways to speed up this process and recruit more qualified applicants.”

Regan said Haverhill police “have already adopted many of the policy reforms and priorities being advocated nationwide,” but that Fiorentini is planning to explore those issues further.

The issues include internal and external reviews of police policies to determine if they meet the best national practices, Regan said.

“We believe they do, but we want to make sure,” he said.

Locally, protesters against racism have been holding signs outside the police station. They also held a march two weeks ago from Haverhill stadium to GAR Park,

Last week, Fiorentini visited Leaving the Streets Ministries to meet with young people — many of whom were formerly involved with gangs — and the ministry director to get perspective on the challenges they face.

"I want to meet with more young people, minorities and people who are not normally heard in city government to hear their input, their ideas and most importantly, hear about their interaction with the police," Fiotentini said.

Andover Town Manager Andrew Flanagan said local officials are in the process of developing the framework for a community forum, which he expects will be held in July.

“It will most likely be a virtual forum and will be facilitated by a third party that has experience in managing a community conversation about diversity, equity and inclusion,” he said.

Town officials are hoping to hear from residents about their ideas and concerns, according to Flanagan. Those matters will be added to a running list to be addressed.

“I see this as a first step in continuing dialogue with the community,” he said.

Methuen Mayor Neil Perry pointed to a community forum scheduled for June 25 at 6:30 p.m. at the Timony School Auditorium.

“State and local leaders — including Sen. Diana DiZoglio, Reps. Linda Dean Campbell and Christina Minicucci, myself, Councilor Eunice Ziegler and other councilors — will all participate in the discussion on moving our community forward,” Perry said.

Residents are encouraged to attend the event and share insights about how to address the issue of racism, according to Perry.

A similar dialogue has been started during the mayor’s weekly segment broadcast on MCTV. Perry’s show airs every Wednesday at 5 p.m., and will include topics such as policing, race, and moving the city forward with equality at the forefront.

“We are encouraging an ongoing conversation to address the issues and improve our community,” Perry said.

Lawrence Mayor Daniel Rivera and police Chief Roy Vasque are making the community aware of their ongoing efforts to diversify the Police Department and better connect with the community they serve.

“For the first time in the history of Lawrence, the Lawrence Police Department is a majority-minority department,” a joint statement reads, specifying the inclusion of Latino, Asian, Black and LGBT members.

There are also 18 women serving in the department, six times more than 2013, officials said.

Rivera and Vasque pointed to a shared goal of transparency and community connection. Programs already in place include neighborhood and community meetings, and training courses for officers to develop cultural understanding.