The First Baptist Choir leads the congregation in song. 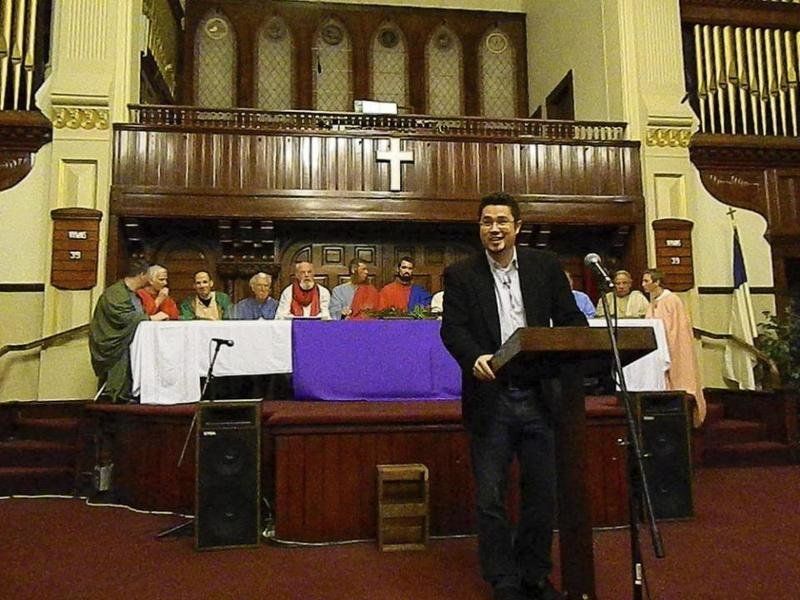 Pastor Rick Harrington gives a sermon during a service in the church. 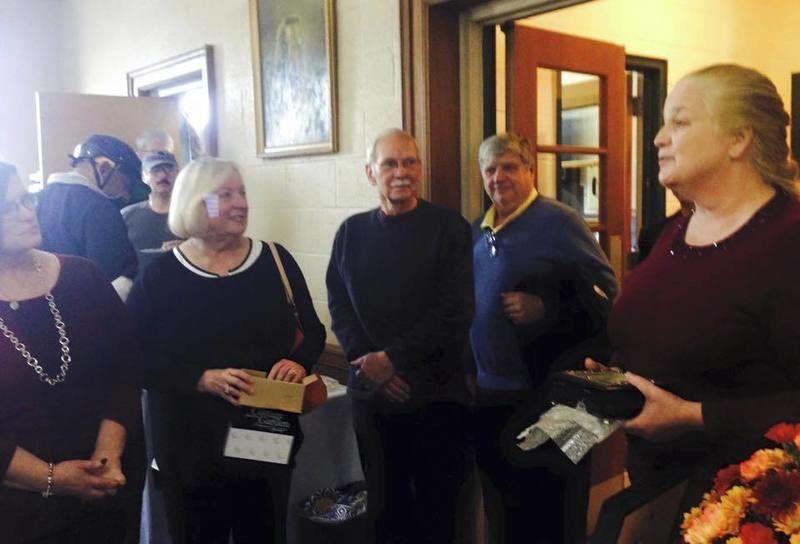 Ruth Cranton, right, thanks members of the church for their support.

The First Baptist Choir leads the congregation in song.

Pastor Rick Harrington gives a sermon during a service in the church.

Ruth Cranton, right, thanks members of the church for their support.

In its 250 years in Haverhill, First Baptist Church has moved four times, before settling into its current building at the edge of Monument Square.

It appears the moving is over.

As First Baptist winds down events celebrating its 250th anniversary year, church leaders said they expect to remain in the current building for a long time to come.

It's more than just a solid building, they said. It's a location that keeps the church centered in the urban community, making it accessible to many people.

As the church enters year 251, one of its goals is to draw more people to visit the building and eventually become members.

Jessica Harrington, Christian education director at the church, said she loves when people come into First Baptist off the street. She said she hopes people continue to feel welcome and ask, "What's this place all about?"

The church's mission is to be community focused. It even has groups outside of the church doing work in the city almost every night.

Kina Forman, administrative assistant at First Baptist, said the key to developing a sense of community at the church "is to get to know and be known" by the people you go to church with on a deeper level. Harrington said she enjoys that people become "part of a family."

They embrace the Bible's message while getting to know the people around them, Forman said.

"The church is not the building,'' she said.

Mother's Day was the official recognition of the church's birthday and featured the tolling of the bells in the steeple.

On Oct. 17, the church celebrated in a bigger way.

Invitations were sent to family and friends, members of the church and public figures. Mayor James Fiorentini attended the event and, even though it was unable to send a representative, the White House sent a letter of recognition and Gov. Charlie Baker issued a citation to congratulate the church on its anniversary.

First Baptist Church was founded in 1765 by Pastor Hezekiah Smith, more than a decade before the Declaration of Independence was drafted. John Hancock, whose signature is on the declaration, also signed the charter that permitted the church to open. At the time, Hancock was known as the governor of Massachusetts.

The church has since gone on to act as a sanctuary through the Revolutionary War, the Civil War, both World Wars and all conflicts since. Pastor Rick Harrington, Jessica Harrington's husband, prepared and read a 20-page narrative of the historical events First Baptist Church has seen come and go. To go along with the narrative were a man and a woman dressed in colonial clothing

That presentation was preceded by an hour-long service and a meal for more than 160 people.

Rick Harrington said a combination of "fire and necessity" have led to the church's moves to new locations. In the five years that Harrington has been pastor, there has been a variety of improvements to the church, such as $60,000 in audio and visual equipment and added parking.

He said the church is "grateful for what God has done and excited about what he is doing."

"We have a savior that loves us and that hasn't changed," Jessica Harrington said of the church's 250-year journey.

The church looks forward to the continued growth of its Kid Town program that takes place during Sunday services. Kid Town allows the children of the church to learn "no matter what way they learn," Jessica Harrington said. She said the children's program has grown from just a few members to a many as 40 on a given Sunday.

Celebrate Recovery, the church's program for those with "hurts, hangups and habits," is operating and welcomes people who need support because of drug addiction or other problems. Church leaders said they don't want anyone to be afraid to approach them.

"It doesn't matter what your baggage is," Forman said. "We're doing life together."

Founded in 1765 by Pastor Hezekiah Smith

John Hancock signed the charter permitting the church to open.

Celebrate Recovery is a church program for addicts and others needing help.

The Kid Town program during Sunday services has grown from just a few children to a many as 40 on a given Sunday.