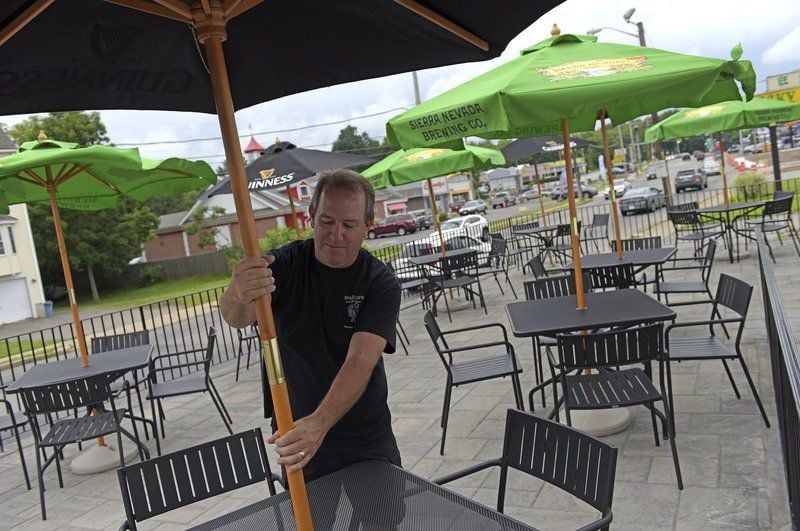 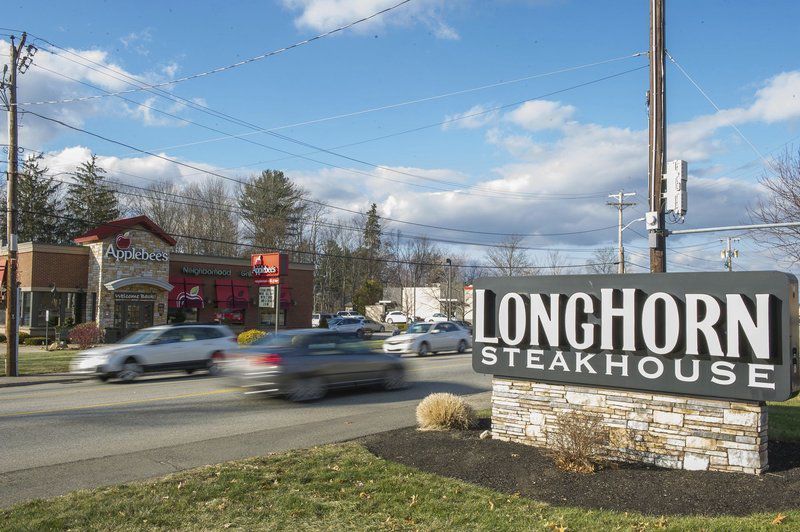 AMANDA SABGA/Staff photo.Cars pass restaurants on the busy Route 125 at the Haverhill-Plaistow border which has gained the nickname "restaurant row.'' 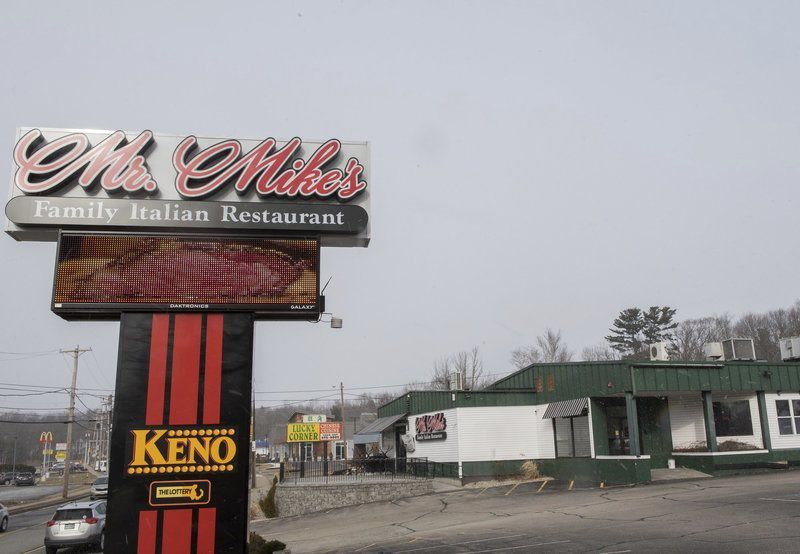 AMANDA SABGA/Staff photoMr. Mike's restaurant on Route 125 has undergone a makeover that brought it a new sign, outdoor dining and an expanded indoor dining room. 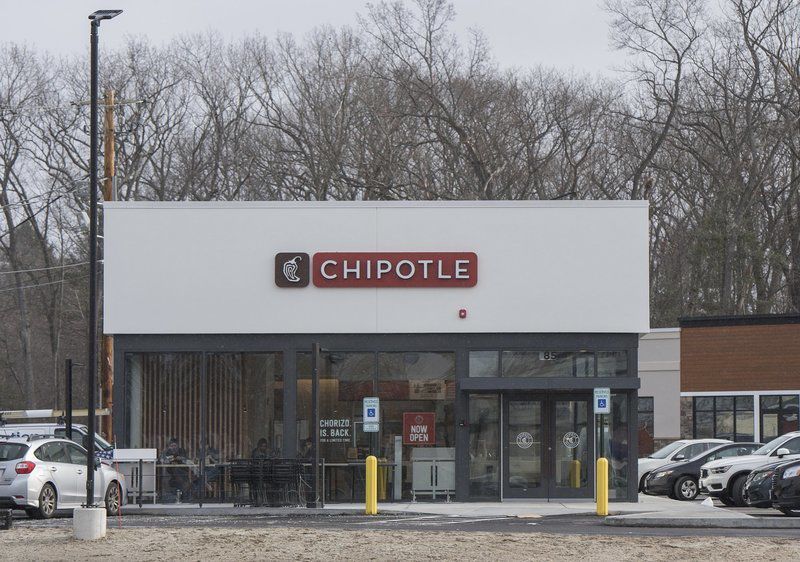 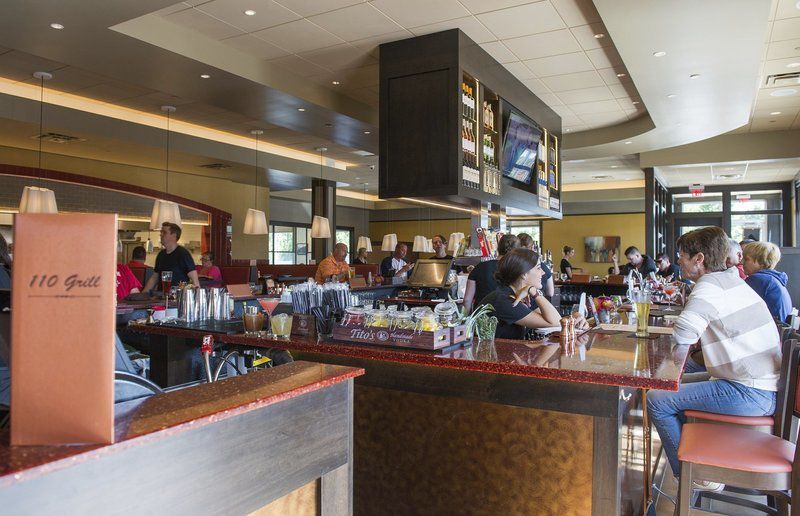 AMANDA SABGA/Staff photo.Cars pass restaurants on the busy Route 125 at the Haverhill-Plaistow border which has gained the nickname "restaurant row.''

AMANDA SABGA/Staff photoMr. Mike's restaurant on Route 125 has undergone a makeover that brought it a new sign, outdoor dining and an expanded indoor dining room.

In recent years, several commercial areas in Haverhill have gotten makeovers, boosting the success of the business community and giving residents more places to shop and dine.

The makeovers have happened in places like Route 125 near the Plaistow line, which has added a variety of new restaurants including the Longhorn Steakhouse, Five Guys Burgers, the 110 Grill and most recently, a Chipotle Mexican Grill.

A Kobe Japanese Steakhouse is poised to open in the area as well.

The new businesses are drawing more customers to this northern "restaurant row,'' benefiting other companies and the business community as a whole.

While some residents complain about problems such as increased traffic in neighborhoods near the new businesses, the mayor and his planners say the gains far outweigh the problems.

They point to the creation of jobs, more property taxes coming to the city, the modernization of old properties and decrease of blight, and customers getting a greater variety of places to spend their money.

Route 125 near the Plaistow line has been exploding with new businesses. It's an area city officials refer to as Haverhill's second restaurant row — the downtown Washington Street area is the city's first restaurant row.

On the Route 125 restaurant row, Mr. Mike's restaurant owner Mike Difeo said that when the popular 110 Grill restaurant moved in nearby, he decided to change Mr. Mike's to compete. He invested in renovations, adding an outside dining area and new signage that is capturing the attention of passers-by. Now business is booming at Mr. Mike's.

"Remodeling was huge for us and has increased our curb appeal," Difeo said. "We are a family oriented restaurant and we offer a variety of family specials, such as a dinner for two for $25, including two entrees, two sides each, coffee and dessert and our popular Tuesday night prime rib special, which for us is like a busy Friday night. We cook about 16, 16-pound prime ribs and offer a 12-ounce portion for $12, including any two sides.

"We're very fortunate to have a very large, regular clientele, so we run specials every week to change things up," Difeo said. "Business has been very good, and everyone in this area seems to be busy, which is great. People are working, the economy is good, the unemployment rate is low and it helps everybody."

City Councilor William Macek said new businesses that have moved onto this restaurant row and elsewhere in Haverhill not only create more jobs — they also add to the city's tax revenue. He said the city's meals tax strengthens Haverhill's finances.

"This translates into hundreds of thousands of dollars per year for the city, and it's approaching $1 million annually,'' Macek said.

"The New Hampshire meals tax is 9 percent, and we also have the advantage because we offer water and sewer,'' he said. "For many businesses, the cost of installation and maintenance of a septic system and grease traps can be impractical.''

Dougan Sherwood, president and CEO of the Greater Haverhill Chamber of Commerce, said he's excited about the recent flood of new restaurants into the area of the Haverhill-Plaistow line.

"I love concentrations of energy and activity, so it's no surprise to see these restaurants cluster around themselves," he said. "What I hope to see is more people not from Haverhill coming to Haverhill and hopefully some of this activity will migrate to the downtown.

"This is all great stuff, so long as it serves to support all of Haverhill and in particular, the restaurants and businesses that are downtown," Sherwood said. "We want to make sure these businesses, as a cluster, are supported in a way that attracts people to other parts of the city."

The latest chapter in the tradition of a strong Haverhill business community features changes to the commercial landscape and how they benefit the city.

This special section takes a look at those changes.