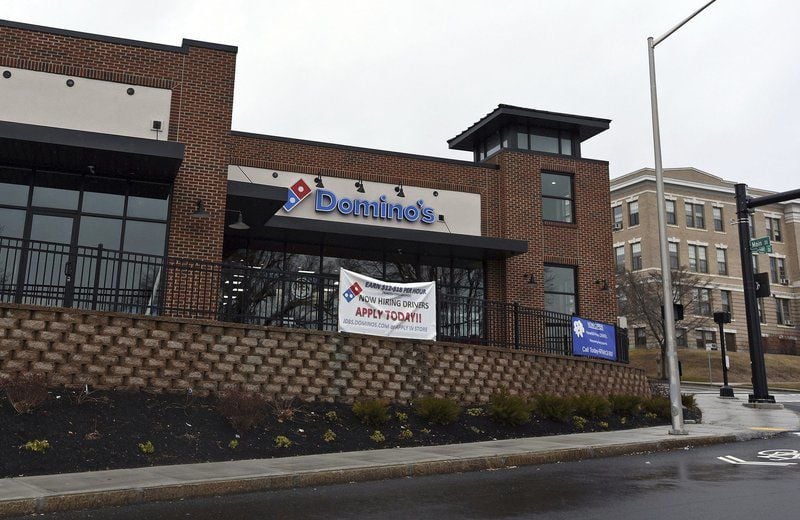 RYAN HUTTON/Staff photoA Domino's Pizza shop is now at the corner of Main and Winter streets where a church stood from 1848 until it was torn down in 2017. 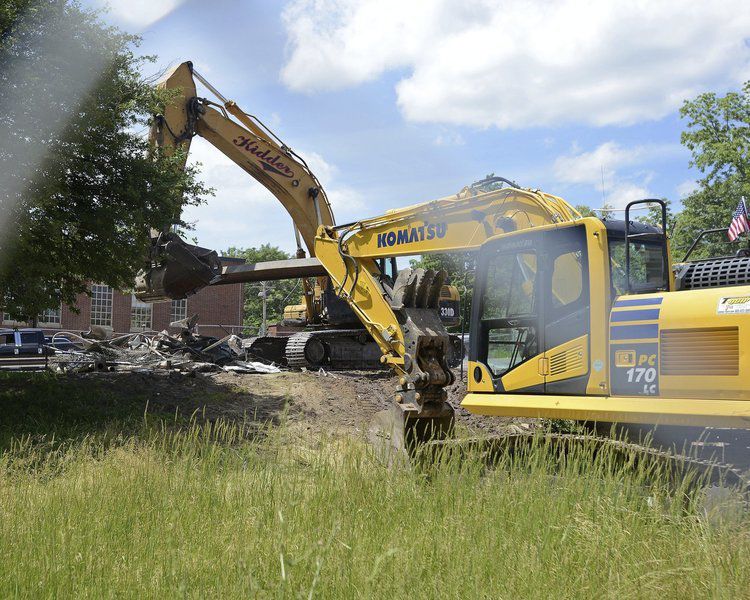 RYAN HUTTON/Staff photoA Domino's Pizza shop is now at the corner of Main and Winter streets where a church stood from 1848 until it was torn down in 2017.

For nearly 160 years, a church stood at Main and Winter streets.

It was built into the side of a gradually rising hill. It's one of Haverhill's most prominent locations, with City Hall and the Haverhill Public Library on the right side of Main Street – also known as Route 125 – and the former site of the church on the opposite side as one heads north.

Unitarians worshiped in that now-demolished white wooden building during its early years. The city's Armenian community purchased the building in the middle of the 20th century and St. Gregory the Illuminator Armenian Apostolic Church was a fixture there for many years.

A small stone memorial on the church property facing Winter Street offered a testimony as to why so many Armenians left their homeland a little more than a century ago and settled in the Merrimack Valley. The monument recalls the approximately 1.5 million Armenians who were slaughtered by the Ottoman Empire in 1915.

Most of those who survived the genocide fled.

Today the site is occupied by a new plaza containing a Domino's Pizza shop, a dental office and other small businesses. The church was demolished in June 2017 to make way for the businesses.

The congregation moved to its new home at 1280 Boston Road. The Armenian Church at Hye Pointe combined St. Gregory the Illuminator Church with Holy Cross Armenian Church of Lawrence. The Lawrence congregation needed a new home. The two parishes officially merged in 2002. It was the first such merger to take place within the Armenian Apostolic Church in America.

The new parish purchased the 9-acre site off Boston Road in the city's Ward Hill section. There was a catch, however. How was the parish going to finance the construction of a new church?

Parishioners determined the solution was to sell the church building at Main and Winter streets and use the proceeds to pay for the new church. That was easier said than done.

It took 15 years to sell the building and erect the new church. Nearly a decade ago, Burger King tried to put a fast food restaurant at the church location. The city's Board of Appeals rejected that plan in 2010.

In 2016, the church congregation finally found a buyer who demolished the church and built the new business plaza in its place.

The plan faced considerable opposition. The city's Main Street Historic District tried to delay the church's sale and demolition, citing its opposition to the potential creation of a plaza similar to those located farther north on Main Street.

After a proposed ordinance that would have given the city's Historical Commission more say in the demolition of buildings was rejected by the City Council, the parish was able to proceed with the sale of the old church to a developer.

Local real estate agent Stephanie Mann and Zaharias Iliadis tried to stop the demolition by offering to buy the building from the developer in November 2016. That effort failed.

More than 300 people signed a petition protesting the demolition of the church.

"I was brought up in that church," Mann said. She disputed the contention that St. Gregory the Illuminator needed extensive repairs.

A parishioner put a large amount of money into repairs at the church, including a new roof, she said. Many of the Haverhill members did not want to merge with the Lawrence congregation or raze the church building, according to Mann.

"That church meant so much to the city," she said in a recent interview. The building should have remained a church – and not been demolished, she said.

Just up the street, she pointed out, First Congregational Church sold its building to Brookwood Community Church several years ago.

"They didn't demolish it," she said.

Ever since the demolition, Mann said, she has avoided driving by the site of her old church. It's too painful, she explained.

City Councilors Mary Ellen Daly O'Brien and Thomas Sullivan were critical of the plan to put the plaza with a Domino's Pizza across the street from City Hall.

"It's still not my preference," Daly O'Brien said of the current use of the property, adding, however, that people need to "embrace" the fact that change happens.

The latest chapter in the tradition of a strong Haverhill business community features changes to the commercial landscape and how they benefit the city.

This special section takes a look at those changes.