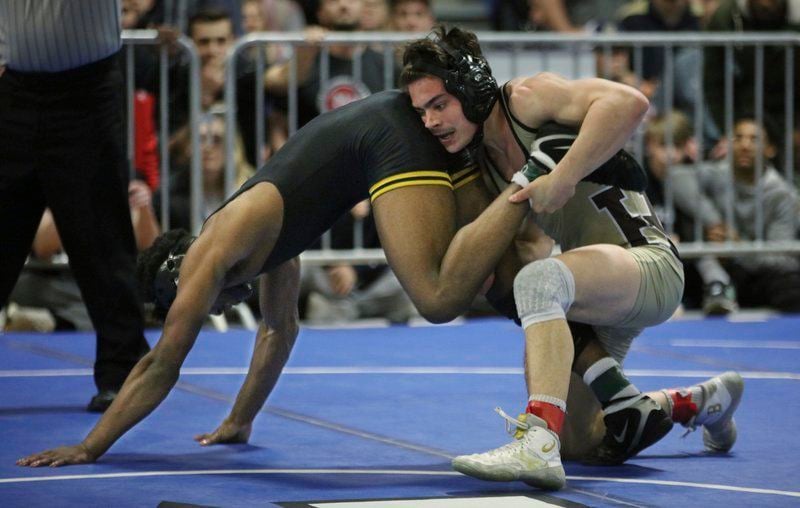 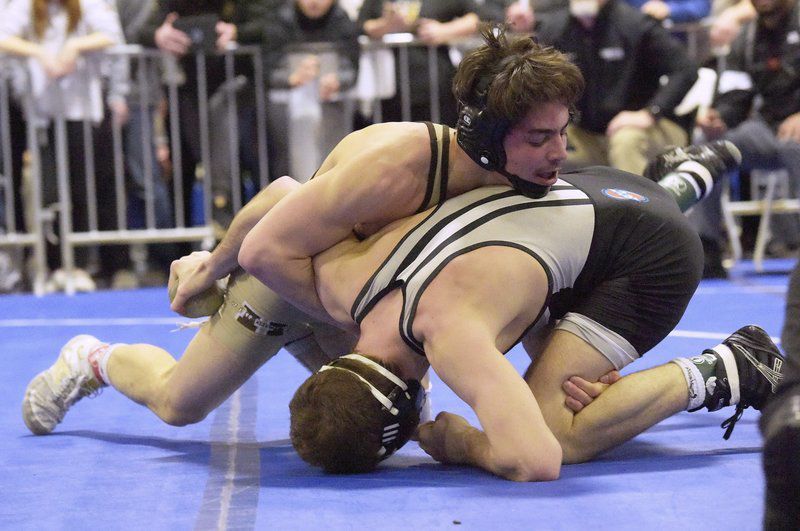 Talk about being under the radar.

After failing to reach his goal of being a state champion, not much was expected from Haverhill High senior Jake Nicolosi at the New England Wrestling Tournament, held March 7 and 8 at Methuen High School.

But on the biggest stage of them all, Nicolosi was at his best and prevailed as the 145-pound New England champ, defeating Springfield Central’s Mahari Miller 3-2 in the finals.

That’s the same Mahari Miller who pinned Nicolosi in the All-State finals.

“It feels great ... (and yet) it doesn’t feel real,” said Nicolosi, who had a 41-2 record after the tournament. “This is definitely the highlight of my career.”

In the big victory, after a scoreless first period, Mahari escaped in the second period to take a 1-0 lead. But Nicolosi got an escape of his own in the third period and followed that with a takedown for a 3-1 lead. He gave Miller an escape, but then held on for the victory.

Nicolosi had a somewhat similar semifinal match. Trailing Kyle Merritt of Chariho, Rhode Island, 2-1 after the first period, Nicolosi got an escape and takedown to take a 4-2 lead. Merritt crept to within one point, 4-3, in the third period, but Nicolosi got a takedown in the last 10 seconds of the match and got a pin in the last two seconds.

“Jake wrestled exactly how he can wrestle,” said Haverhill coach Tim Lawlor. “Even after last week (All-States) and states, we knew he was good enough to win this if he was wrestling well. We never lost faith in him. I think he looked the best he ever has.''

Nicolosi will bring a 182-28 high school record with him when he travels, along with several other Hillies, to the nationals March 26 to 28 at Virginia Beach. Those 182 wins are a school record, but that might not last long because sophomore teammate Ben Davoli, who was sixth at 113 pounds Saturday in the New England meet, already has 102 wins.

Although he’s not sure where, Nicolosi wants to wrestle in college next year. There were already several colleges interested in him and, after his big victory, there will be more.

“I’ve already gotten some texts from coaches,” said Nicolosi, who will surely get even more with a strong showing at nationals.

Lawlor, in addition to being thrilled for Nicolosi, also got some personal satisfaction from the senior’s performance.

“This was a big one for me and (assistant coach) Nick (Wormald),” said Lawlor. “We’ve had nine kids in the finals at state and New England and Jake is the first one to win.”