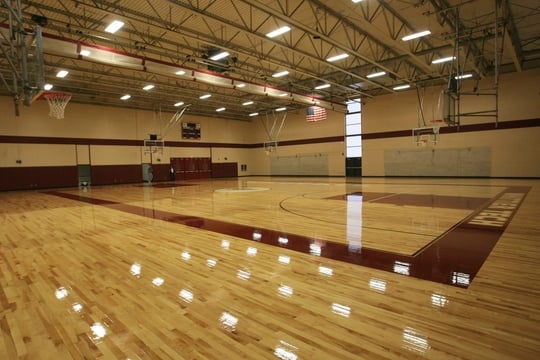 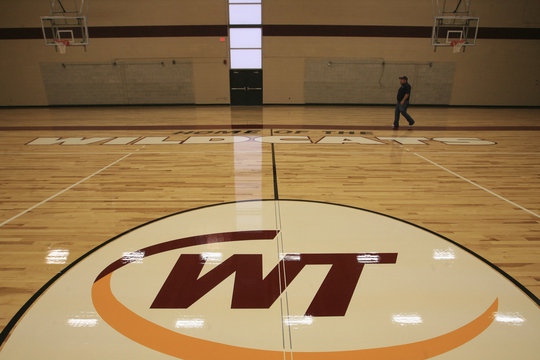 When you walk into the Whittier Regional High gym next month, you might think you're at a university.

The gym will be getting a major face lift as it prepares for the upcoming winter season.

"It's going to look like a college gym," said Kevin Bradley, athletic director and girls basketball coach at Whittier. "It's going to be a state-of-the-art facility."

The gym will remain the same size, but the flooring, bleachers, basketball hoops and banners will all be replaced.

"It was time for a change," he said. "The bleachers needed to be replaced because they were in tough shape."

The renovations mark the second step of repairs that have been done to the gym. Whittier replaced the roof of the gym in the summer of 2010, due to aging that would often produce leaks.

Once the roof was repaired, officials set their eyes on replacing the bleachers and leaving the floor intact. But the company hired to install the bleachers recommended that the floor be replaced as well because of the wear and tear it gets every time the bleachers open and close.

The refurbishment of the gym is the first work that has been done to it since the school was built in 1970.

The repairs have already begun. The flooring has been replaced — the last coat of paint was applied last week. Once the paint dries, the new bleachers will be brought into the gym. They will be able to seat 30 to 40 more fans than the previous bleachers. DeRosa said the bleachers are expected to arrive within the next two weeks.

DeRosa stressed that the new bleachers are now compliant under the American Disabilities Act. The bleachers will cost $153,000 and the floor will cost $169,000. The hoops and banners cost just over $12,000.

"It's just such a great addition to the school," said DeRosa. "It's something we can be proud of."

Due to the repairs, the Whittier girls volleyball team was forced to play all of its games on the road this season while the gym gets worked on. The gym should be completed by Nov. 1 and be ready for the start of winter season when the basketball teams take the court. The first official unveiling of the gym will be at the school's open house on Nov. 6.

The Whittier gym is the second local high school gym to receive a makeover. Haverhill High also renovated the floor of its gym with a $16,000 donation from the Converse company.